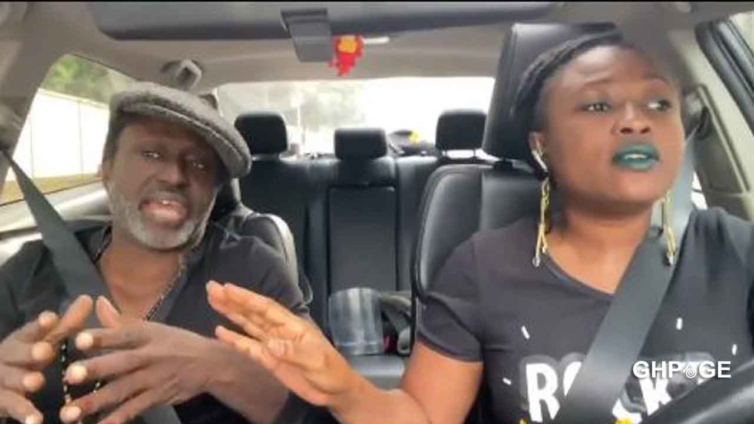 Alleged caretakers of the Efua Sutherland Park allegedly attacked rapper Reggie Rockstone and his wife Zilla Limann during their visit to the park over the weekend.

In a video shared online, the two had visited the park to shoot a video that they noted was to help raise funds and rebuild the park.

They explained that one of Efua Sutherland’s daughters had contacted them to help with the fundraising.

But while on the premises attempting to shoot, a man approached the couple, asked who they were and what their mission was.

When they explained, he told them they needed to leave and return after securing permission.

He, however, failed to tell them his identity and whom they needed to take permission from.

Charley Like @ReggieRockstone for give this guy uppercut and RKO the second guy! Ghana ankasa we are own own enemies..whiles using one hand to help the nation you have to have a weapon in your other hand to fight the same people you are helping! God bless Reggie!❤️🙏🏾

Meanwhile, Reggie and Zilla queried the caretaker and, among other things, asked for his ID or any form of identification that proved he worked there. However, the man refused to divulge any information.

He insisted that he would not allow the couple to continue filming, stating that he suspects they were up to no good despite their constant repetition of why they were on the premises.

During the argument, another man joined the conversation and proceeded to ask the couple similar questions his colleague asked.

But, he did not take kindly to their answers; he kept raising his hands and seemingly smacked Zilla’s hand in an attempt to get them to stop filming.

“Ladies and gentlemen, it’s on. No, he didn’t. It did not end well,” Reggie captioned the video.