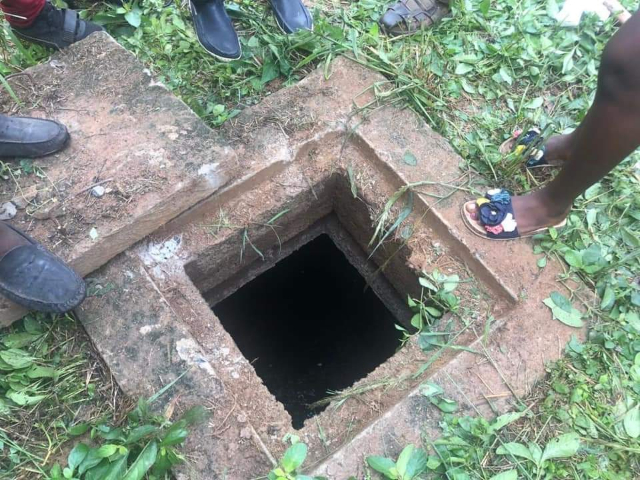 Published below are pictures and video report of the scene where police discovered some human remains linked to three missing girls from Takoradi in the Western region.

In one video footage, some police vehicles are seen, sirens on, and some security officials swiftly moving from one of the vehicles to the other, while some onlookers stand by.

Eyewitness vivid account of the operation that unearthed the human remains. Mama Sala shared her personal experience living in the same neighbourhood with Samuel Odeotuk Wills.

The security operation at Kasaworodo in the Western region capital, Takoradi took close to two hours. Officers ransacked an uncompleted building previously occupied by Samuel Odeotuk Wills, a man suspected to be behind the kidnapping.

Priscilla Mantebea Koranchie, 15, Ruth Love Quayson, 18, and Priscilla Blessing Bentum, 21 have gone missing for nearly a year after they were reported kidnapped in the Takoradi metropolis.

Picture of the closed septic tank