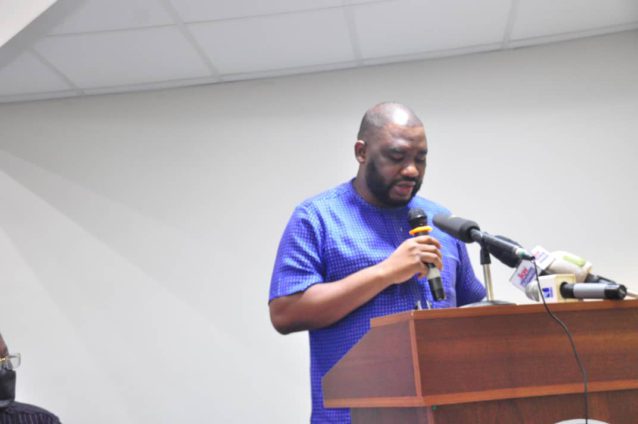 The Ghana Mineworkers’ Union (GMWU) has renewed calls for the current 20% share of annual mineral royalties allocated to the Mineral Development Fund to be increased to at least 50%.

Describing the current allocation by government as lopsided, the union is also expecting that 50% of the proposed 50% allocation to the MDF is channeled directly into mining community development.

“With this lopsided sharing model of the country’s mineral royalties, there is no gainsaying that the infrastructural development efforts of mining communities can never be achieved if nothing drastic is done about the current sharing model”, said the General Secretary of GMWU, Abdul-Moomin Gbana at the Union’s National Executive Council Meeting held in Accra.

The Ghana Chamber of Mines 2020 report revealed that producing mining companies paid a total of ¢1.4 billion in mineral royalties to the Ghana Revenue Authority. Out of the amount, only 20% (¢278 million) of the above mineral royalties is expected to go to the MDF.

MDF also gave 20% (¢56 million) of its share of the royalties to the Mining Community Development Scheme set up under it for mining community development. The rest of the MDF share of royalty funds goes to other institutions including the Ministry of Lands and Natural Resources.

In essence, the government made only 1% of the mineral revenue in 2020 available under its current arrangement for the development of the numerous communities affected by mining operations.

Mr. Gbana said “to make matters worse, the GRA and by extension the Ministry of Finance has not only consistently delayed the release of the MDF contribution but also reduced the quantum because of the application of the Earmarked Funds Capping and Realignment Act 2017 (Act 947).”

The Union said a little above half of the ‘paltry’ share of mineral revenue was released which further reduced the MCDS’ quantum which ‘clearly undermines’ the whole idea of community development.

The GMWU is therefore calling for the exemption of the MDF from the scope of the Earmarked Funds Capping and Realignment Act 2017 (Act 947) and stringent measures put in place to ensure that the appropriate share is timely disbursed for the intended use.

The Union added it will work with some identified groups, traditional leaders, and other like-minded individuals to change the narrative.