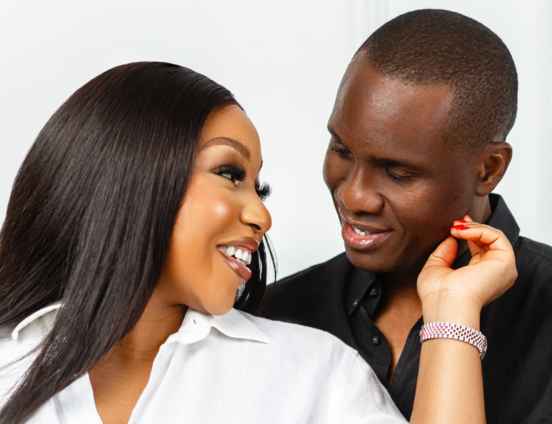 In a report by the popular wedding website Bella Naija, the actress is engaged to one Fidelis Anosike.

He is the founder of Folio Media Group a multi-media company that owns Daily Times Newspaper, Nigeria’s oldest newspaper.

According to the report, representatives of the couple revealed that they have been engaged for a while but they chose to stay quiet about it.

The couple, the reps added, is putting plans together for their upcoming nuptials.

This comes months after Rita Dominic made it public on social media that she was in a relationship with Fidelis Anosike.

In December 2020, she shared pictures they had taken while cosying up to each other at home.

In an interview with Chude Jideonwo, the actress explained her reason for sharing the pictures with her fans and followers was a spur of the moment decision.

“That’s the thing…it just happened. Anyway…It just happened, a spur of the moment, happiness. Once in a while, you want to share certain things with people and I felt like my lovers, had been there for me for decades.”

Meanwhile, there have been reports the couple would be tying the knot in Imo State in April 2020.