Road Safety is a collective and shared responsibility - MTTD - MyJoyOnline.com

Road Safety is a collective and shared responsibility – MTTD 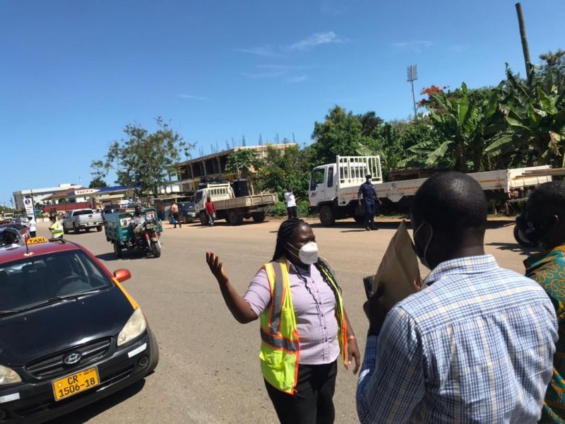 Director Education, Training and Research of the Motor Traffic and Transport Unit (MTTD), Superintendent Alexander Kwaku Obeng, has said ensuring safety on the roads was a shared responsibility.

Speaking at a training workshop organized by the National Insurance Commission (NIC) for MTTD officers from the Central and Western Regions, Supt. Obeng urged drivers to be extra cautious on the road to save lives.

“As citizens, we all have roles to play in ensuring safety on our roads and not leave it to the police alone though they are the frontiers of safety on roads,” he noted.

The training is aimed at schooling officers on the usage of the newly introduced Motor Insurance Digital (MID) database to ensure vehicles on the roads were licensed and insured under the NIC.

“MID would facilitate the authentication of the insurance of vehicles plying our roads, thereby securing the protection of policyholders, motorists, road users as well as other third parties who may suffer from the negligence of motorists,” he indicated.

He urged the participants to learn the skills of manipulating the new digital motor insurance database to help inspect motor insurance and reduce the number of uninsured vehicles on the country’s roads.

The Central Regional Manager of the NIC, Mrs Nicholina Adumuah-Ladzekpo, said it was time fake companies issuing certificates and insurances to unsuspecting drivers were kicked out.

She said the Commission had given out 62 Vota Phones to the officers in the two Regions to support validation of vehicle insurance to ensure road users, drivers, pedestrian and passengers involved in motor accidents were duly compensated.

“The MID comes with electronic stickers with QR Codes and other security features and makes it possible for the purchasers of motor insurance to receive real-time SMS, confirming the authenticity of their motor insurance policy,” she explained.

Similarly, Motorists as well as the general public, are also able to utilize a short code (*920*57#) to authenticate the validity of their insurance policies.

She said the Vota Phones would enhance easier and convenient way for officers in checking and ensuring compliance of the road safety rules and laws in the country.

The Regional Manager cautioned the public, particularly persons issuing fake certificates and warned that the commission was coming out for them to face the laws of the nation if they failed to stop their nefarious activities.

The Deputy Director of NIC, Mr Kofi Andoh said about 1,034 lives were lost to road accidents at the end of April this year.

Sadly, he indicated, many of the vehicles were not insured to support the victims.

He charged the officers to handle and use the phones well to help achieve its main objective of fishing out quacks.