Robbers attack church on Good Friday, make away with offertory 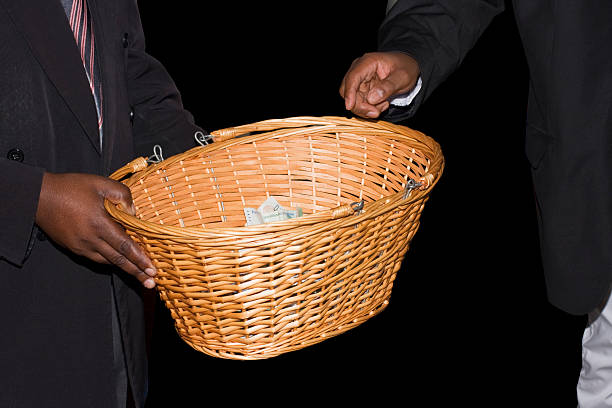 A basket being passed around at a Methodist Church in a South African township to collect donations. Creator: searagen | Credit: Getty Images/iStockphoto Copyright: searagen

Reports indicate that a church at Atwima Afrancho in the Ashanti Region has been attacked by robbers.

The armed robbers ambushed the church on Good Friday, April 15, when it held a vigil to commemorate the death of Jesus Christ.

Five persons were injured during the attack. Among the injured were three children.

The unidentified robbers made away with the church’s offertory and phones belonging to the congregants, according to Accra-based 3news.