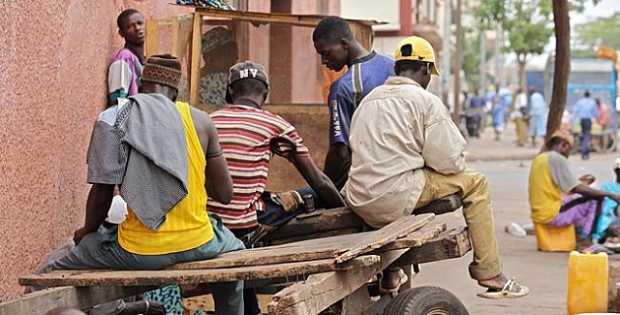 A University of Ghana graduate, Ezekiel Osei, who is currently self-employed says he left his job because his salary was barely enough to eke out a living.

His story resonates with thousands of young Ghanaians who have completed their tertiary education and yet are faced with either joblessness or underpaying jobs.

Speaking on JoyNews’ Ghana Connect, the young CEO bemoaned the hardships young graduates have to endure as employees earning meagre salaries at their workplaces.

These salaries, he said, cannot cover their basic need such as transportation costs to their workplaces.

This, he said, compels some youths to take jobs in areas that do not match their skill set while others fall victim to social vices.

“The qualifications that the youth have and the kind of pay or allowances that are allocated to us is not really the best. And so sometimes, you have jobs that are not really suitable to you as an individual.”

He lamented the difficulties he had to endure receiving a meagre salary saying, “it’s like you’re employed and you’re still going through economic hardships. Even though you’re employed it’s like when you go to work and you come back, you have nothing to show for it.”

After quitting his job, Ezekiel set up his own business, Z Technology, which he says puts him in a better financial situation than before in spite of the usual challenges.

“But right now as an entrepreneur, I have a startup company, Z technology that I’m working on. It’s way better than when I was employed.”

“And since then I’ve been on my own working. I’m an entrepreneur trying to get my business off the ground so I believe that sometime it’s not necessarily that there are no jobs, I feel the job salaries and allowances are not the best to motivate people to actually still be there.”

Concerning government’s various policies on job creation for the youth, the young entrepreneur said, “There are jobs on paper. If you look at maybe NABCO and then the One District One Factory by President Akufo-Addo, on paper it looks like a lot of the youth are being employed but the reality on the ground is a lot of people are also unemployed.

He therefore called for more action from government to address the issue of unemployment in the country by making what is on paper mirror the reality on the ground.