Shatta Wale unhappy about being compared with Black Sherif - MyJoyOnline.com

Shatta Wale unhappy about being compared with Black Sherif 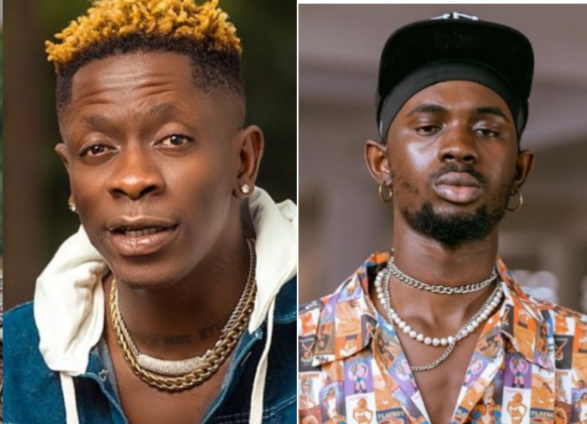 Reggae/Dancehall artiste Shatta Wale is displeased that some music fanatics are comparing him with rapper Black Sherif.

According to Shatta, through these comparisons, the impact artistes make over the years are undermined.

Speaking in a live video on social media, Shatta Wale stated that two artistes have the right to exist without people pitting them against each other.

He explained that people have a choice to like whichever artiste of their choosing and also the music genre they prefer.

Shatta Wale said it is distasteful to make comparisons, especially between himself and Black Sherif who only came into the scene barely a year ago.

He stated that Black Sherif should be left alone to grow his career and make his mark without some of these comments clouding the work he is putting in.

The ‘Melissa’ hitmaker said since his early days in the industry, he has been compared with numerous artistes including; Samini, Stonebwoy, Sarkodie among others.

“However, many of these people who try to use other artistes work to put him down barely support them after the controversies,” he added.

Shatta Wale stated that he does not see anyone as his mate in the industry especially since he was able to revive his career after taking a break following his first hit single ‘Moko Hoo’.

Despite the moves to trump his success, Shatta Wale noted that he has a dedicated fan base that supports him regardless.

He added that there are other music lovers in other parts of the world, including Nigeria who love his music and celebrate his achievements.