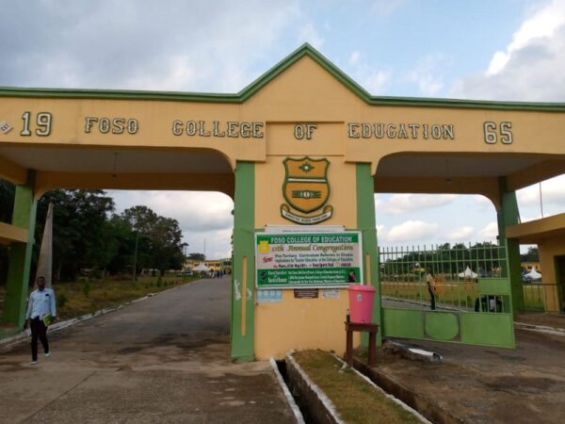 The Management of Foso College of Education has dismissed some claims about the incident involving one of its students who was bitten by a snake.

On Friday, it was reported that a snake bit the genitalia of a level 300 student of the College. The student was reported to have said that he quickly stood on his feet after feeling a pinch on his testicles only to find the snake curled up.

His colleague told Adom News‘ Alfred Amoh that the victim encountered the incident while attending nature’s call in an abandoned toilet facility on campus.

However, the school authorities said they are disappointed in the reportage by some media outlets regarding the incident, including the sharing of some photos purported to be that of the snake.

In a press release, they explained that, “the incident occurred in a disused KVIP toilet and NOT in the dormitory as reported by some media houses. The victim was alone in the toilet when he was attacked so one would wonder how he managed to take photos of the snake in this situation.”

“Such sensational and unprofessional conduct by media houses which deliberately distort information to misinform the public and cause unnecessary fear and panic ought to be condemned and checked by the regulatory bodies.”

The school noted that the students had been advised against using the KVIP facility after a Municipal Engineer advised that the toilet is not safe for use.

In its place, another KVIP was constructed to ensure the students had enough toilet facilities to use.

In an attempt to stop students from using the old KVIP, the College’s Management said they demolished the shed over the pit latrine and cordoned off the entrance because the toilet could not be easily demolished.

The authorities believe that the misinformation circulating in the public domain has the ability to affect its reputation.

They added that although the location of the College is a warm, humid forest environment which provides a natural habitat for reptiles such as snakes, the authorities have been fumigating the College premises just before reopening for each semester.

The school authorities also noted that while the incident is unfortunate, they are glad that the victim is responding to treatment.

“The College Management and the SRC have been working with the parents of the student and a very dedicated medical team at the Accident and Emergency Unit of the hospital to care for the student.”