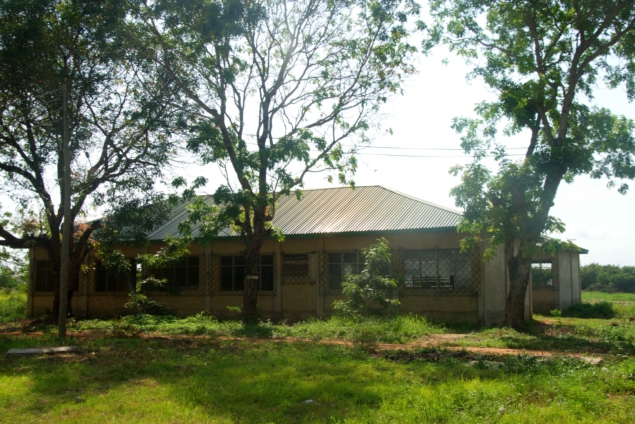 The Assistant Headmaster of Ebenezer Senior High School in charge of Academics, Mr Pius Yaw Osei, has appealed to government to complete the abandoned infrastructural projects in the School to facilitate academic work.

Currently, the School has about four projects, including a Girls’ Dormitory and a Science Laboratory, which have been left at various stages of completion.

Work on the Girls’ Dormitory commenced in 2008 while the Science Laboratory started in 2016.

In an interview with the GNA, during the commissioning of a signage for the School, Mr Osei explained that the stalled projects were affecting academic work and called on government and benevolent organisations to assist in completing them.

“At the moment, we have a Girls’ Dormitory which started about 12 years ago, which has been abandoned. It is about 80% complete. We also have a Visual Arts Department building, started by the PTA and that project has also stalled because the PTA is not active now. This project will house about four classrooms, printing studio, laboratories for practical work for the students.”

“When this project is completed, we will be able to have our jewelry work done, graphic design, ceramics and this will improve academic performance of the Visual Arts students in the School,” he said.

The signage was donated by the Padua Innovators and Affiliates Club (PIAC) in partnership with the Old Students Association of the school.

It formed part of a five-year project being undertaken by the Old Students’ Association to give the school a facelift and improve on academic work.

“We are running a double-track system and we don’t have adequate classrooms for the students and so we are again appealing that the seven classroom block, which has been abandoned, should be completed so that we can have enough classrooms for our students,” Mr Osei said.

The Assistant Headmaster commended the Old Students’ Association for its continuous support to the School.

Speaking on behalf of Leader of PIAC, Mr Ignatius Asare, a member, said the project had so far ensured that all faded classroom blocks were repainted to give the School a facelift and had undertaken a tree planting exercise to restore lost vegetation cover in the school.

He added that it had also begun refurbishing washrooms for the students and had plans to help complete some of the stalled projects to enhance teaching and learning.

He urged the School’s Management to properly maintain projects to prolong their life-span.

DISCLAIMER: The Views, Comments, Opinions, Contributions and Statements made by Readers and Contributors on this platform do not necessarily represent the views or policy of Multimedia Group Limited.
Tags:
abandoned projects
Ebenezer Senior High School
School infrastructure