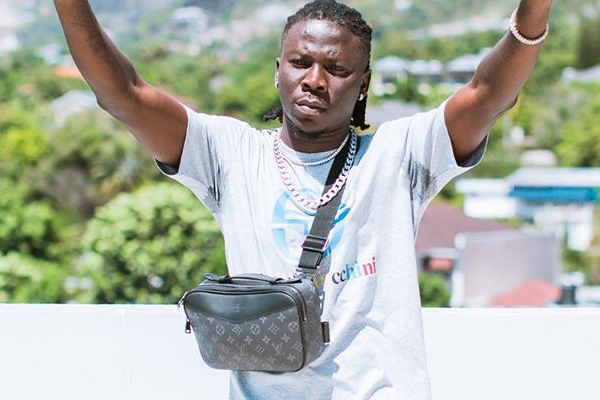 In a new song titled ‘Greedy Men’, the artiste highlights the effects galamsey has had on the environment as well as society.

The four-minute reggae tune begins with a message from a woman. “Let’s protect the land our ancestors left us so the next generation does not suffer,” she said in Twi.

Stonebwoy goes ahead to mention poisoning of water, land degradation, low cocoa production, deforestation among others as signs of the impact of illegal mining on the environment.

He blames these on people (Greedy Men) who despite the numerous warning given by the government, go ahead to mine on land and in forest reserves.

Stonebwoy urged galamseyers and leaders selling off land for illegal mining to halt their actions and leave a legacy for the future generation. The visual for the song focuses on lands destroyed by illegal mining, forest reserves, the contamination of water bodies and many others.

Reacting to the song, Lands Minister Samuel Abu Jinapor thanked Stonebwoy for his interventions adding that the initiative by the musician is noble and patriotic.

“From the very beginning, on the instructions of President Akufo-Addo, we’ve been working to ensure that our renewed commitment and effort to sanitise the small-scale mining sector are broad-based, multi-faceted, and involving of all the stakeholders and actors in our society,” he said in an interview on Citi TV.

Mr Jinapor urged all Ghanaians to join the fight adding that illegal mining is a national problem, thus the consequences affect all.