Stonebwoy reveals why he chose ‘Anloga Junction’ for new album 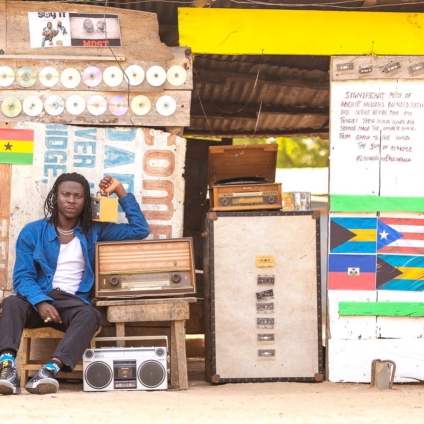 Stonebwoy has disclosed he chose to name his upcoming album ‘Anloga Junction‘ to make it stand out in the music industry.

The ‘Sobolo’ hitmaker, speaking on JoyNews Prime said that the name “Anloga Junction” is different and would make people wonder what this album has to offer.

“The name on its own is interesting just for the fact that we have come this far, having gotten a lot of experience from the works that we have done, learning from the best and pushing our best to do the most and the best and as well creative-wise.”

“So we decided to give this album an identity that will actually stand out, one that is different from everything else. So when you hear ‘Anloga Junction’, you’ll begin to wonder wow, it could have been called something else.”

Stonebwoy added that the name, Anloga junction for his new album, has also had an effect on the use of his local language, Ewe, in his songs.

According to him, unlike before the use of Ewe has doubled which makes him proud adding that “I have always been but will continue to sell Africa to the world from where ever we stand or come from.”

The “Anloga Juction” Album is set to be premiered on Joy Prime and Hitz FM on Thursday, April 23, from 4 pm to 6 pm respectively in preparation for the album’s release the next day.

The album listening dubbed “Road to Anloga Junction” is expected to give fans a taste of the gems on the album.

The reggae-dancehall artist features musicians like Kojo Antwi, Nasty C, Keri Hilson, Zlatan and several others on the new album, which already has fans eagerly anticipating it.