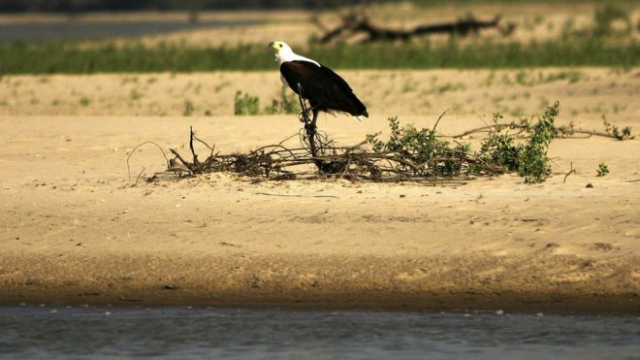 Tanzania's President John Magufuli has signed a deal for the construction of a hydro-electric power plant in one of East Africa's best-known game reserves, amid criticism from environmentalists.

The deal, worth $3bn (£2.4bn), envisages the construction of a dam on the Rufiji River in the Selous Game Reserve, a Unesco World Heritage site.

Tanzania says the project will double its total power supply.

But conservationists warn that it will destroy wildlife habitat.

The deal was signed with two Egyptian construction firms.

The reservoir created by the dam is expected to be the largest in east Africa, inundating 1,200 sq km (463 sq miles) of land in an area known as Stiegler's Gorge.

Tanzania has argued that the project will boost development and double its existing power capacity. Only one-third of the country's population currently has access to electricity. 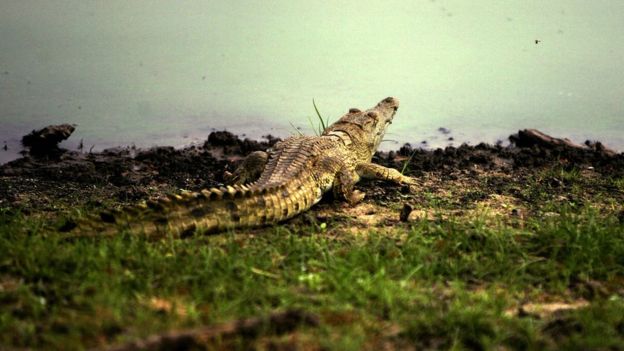 The Rufiji River in the Selous Reserve is home to crocodiles, among other species

The WWF, the global environmental body, says the project will also endanger the livelihoods of some 200,000 people – including farmers and fishermen – living downstream from the proposed dam.

A 2017 report by the body warns that the project could lead to greater erosion downstream, potentially drying out lakes that attract wildlife tourism, reducing the fertility of farmland and causing the retreat of the Rufiji Delta.

The Selous Game Reserve is home to a huge variety of animal species, including elephants and rhinos, whose population numbers have been falling because of heavy poaching. The reserve's elephant population has fallen by 90% in the last 40 years, according to the WWF.

Stiegler's Gorge is named after a Swiss engineer who was killed by an elephant in 1907. He had been planning to build a dam in the area.