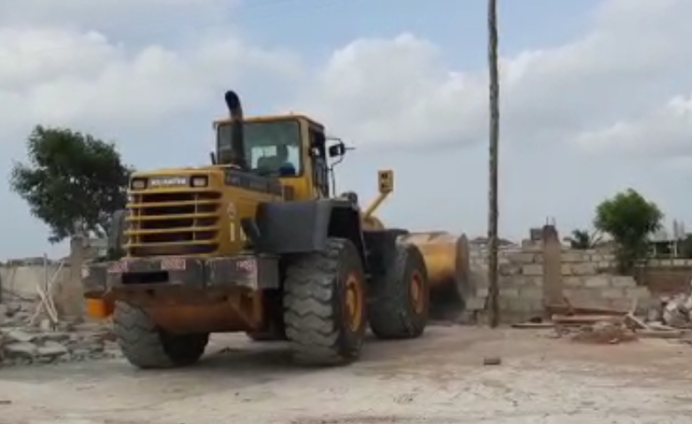 Several buildings around the Lashibi drain in Accra were pulled down on Tuesday by the Tema West Municipal Assembly.

Many of the affected persons include the Assemblyman of the area who according to reports, had no license to put up his structure.

JoyNews‘ Correspondent, Manuel Koranteng who was present during the exercise revealed that a washing bay under construction was also demolished.

The Assembly’s action is in line with a directive by Accra Regional Minister, Henry Quarter to have all structures erected on waterways in the locality demolished.

According to the Regional Minister, the siting of these buildings in the area results in flooding whenever there is rainfall. Therefore, the need have such structures pulled down.

The Municipal Chief Executive for Tema West, Adwoa Amoako has indicated that today’s demolition exercise is only the first of a series to be conducted by the assembly ahead of the rainy season.

She noted that the initiative follows several unsuccessful calls to residents in the area to desist from putting up structures in the area.