The president must do more than talk - HRM Oscar Yao Doe - MyJoyOnline.com

The president must do more than talk – HRM Oscar Yao Doe 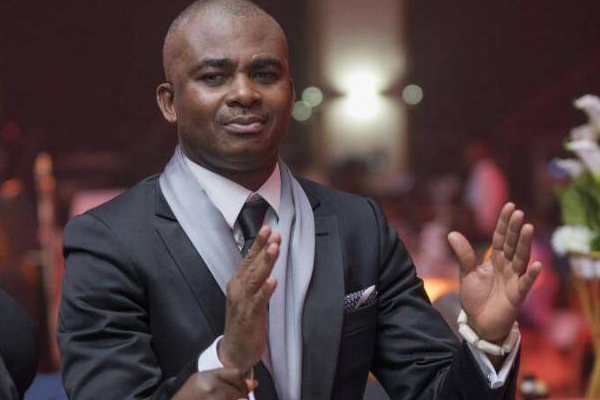 The executive chairman of DOSCAR Group of companies, parent company of Eurostar Global Limousine, a luxury car rental company operating in three African countries, said the president’s words must be matched by action.

President Akufo-Addo on Tuesday faulted the central bank, the regulator of financial institutions, for the infractions that resulted in the painful collapse of some banks and the revocations of the licences of microfinance institutions and savings and loans companies.

“If the BoG in the years before had acted responsibly and dealt with some of these issues like it should have done, we never would have gotten into the situation we are now.

“It was relaxed and as a result look at the amount of money that the public has spent,” the said, revealing that “at the first phase of the banking scandal, GH¢13 billion had to come from public funds to make sure that depositors funds were secured.”

The president expressed these frustrations in a meeting with Members of the Council of State on Tuesday.

Reacting to the president’s comment, Mr Yao Doe, reputed for his philanthropy and support to young entrepreneurs, said the much-touted clean-up of the financial sector is proving retrogressive.

He said actions of the Bank of Ghana appear to misjudge and underestimate the impact of the bank closures on the lives of real people and the economy generally. The unmitigated negative consequences of the collapse of many locally-owned financial institutions, he argues, have burdened many ordinary citizens while the regulator is getting with away with it own failures,

BoG Governor, Dr Addison has insisted the clean up is inevitable

Mr Yao Doe contends that if the Central bank had properly assessed the cost of the clean-up, more proactive and progressive measures may have been instituted and the wounds of the collapse of the banks would not be as deep and life-threatening as they are now.

He says the president must demand from the governor of the Bank of Ghana, Dr Ernest Addison and Finance Minister, Ken Ofori-Atta, answers as to why they didn’t follow the laudable example of the Americans who adopted a ‘too big to fail’ policy.

The Obama administration which a financial crisis and credit crunch in 2008 quickly passed the Emergency Economic Stabilisation Act which created a $700 billion Troubled Asset Relief Programme. Under this programme, toxic assets of banks were taken up, allowing the banks to reinject this capital and remain viable.

If that had happened in Ghana, it would have secured the investments of many and kept viable businesses running.

The business mogul believes it is not right to appoint as receivers, persons working with private audit firms whose reports formed the basis for the BoG’s decision withdraw the licences of some banks.

That, for him, raised fundamental governance and conflict of interest issues and mires the decisions of the regulator in needless controversy.

He maintained that instead of sinking billions of dollars into collapsed businesses, the amount could have been spent saving them.

Mr Yao Doe says the president must cause an independent, impartial, and honest investigation into what has become known as the banking saga and those who wilfully took wrong decisions – be they government appointees, BoG staff, or directors of the defunct institutions – held accountable.