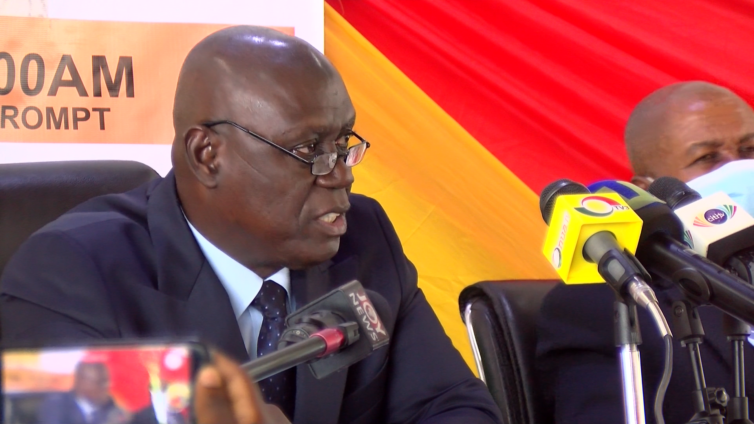 Chief Justice, Kwasi Anin Yeboah, is calling for the adoption of Alternative Dispute Resolution as a preferred choice in resolving cases.

He says the country cannot afford to postpone the total adoption of ADR when it is providing absolute and early resolution of cases to many who use the traditional courts.

Speaking at the launch of this year’s ADR Week in Kumasi on Monday, Justice Anin Yeboah urged lawyers to enhance their capacities in Alternative Dispute Resolution.

“The good news is that these number of cases resolved  at ADR are resolved absolutely  without resorting to appeals which also creates another backlog.”

Alternative Dispute Resolution was instituted in 2005 as an intervention to ease pressure on the regular court system.

The ADR Act, Act 789 of 2010 which established ADR makes it imperative for its adoption regardless of the court, including  Ghana’s apex court, the  Supreme Court.

“My lords, distinguish ladies and gentlemen, Sections 72 and 73 of the Courts Acts 1993  Act 459, CI 133 and the ADR Act, that is, Act 789 2010 makes it imperative that ADR should be adopted regardless of the courts whether at the District Court, Circuit Court, High Court,  Court of Appeal  and  the Supreme Court.

The need to work hard in Ghana to make ADR a preferred choice for disputants  and their lawyers is now. We cannot afford to postpone it indefinitely

In some cases disposed off by ADR, lawyers gain by early disposal of the cases.”

According to Chief Justice Anin Yeboah, ADR since its introduction  has  absolutely resolved  29, 558 cases in the last 15-years.

“Over the last one and half decades, the ADR Program to a large extent  performed impressively by helping the judiciary to reduce the load on the courts by 29, 558 cases.

This is a positive support ADR has offered the judiciary without this would have been born by the courts under more stressful conditions,” he said.

He wants all, especially disputants and their lawyers  and the general public to embrace it.

“I therefore urge lawyers who lack capacity in ADRs a matter of urgency take steps to enhance their capacity so as to enable them contribute to the success of the court connected ADR Programme.”

“To the general public, ADR has become a core component of Ghana’s adjudication system.

What this means is that, a court in Ghana today can finally determine either through ADR  or litigation. Therefore, when a judge refers a case to ADR, parties should not feel slighted. You may achieve the same result.

As such, I recommend ADR to everyone in appropriate cases. I do so because the benefits in using ADR far outweigh that of litigation.” He added.

He wants the bar, a major stakeholder of the judiciary system, to help entrench Alternative Dispute Resolution in the courts.

“I take this opportunity to urge the members of the bar as a major stakeholder of the judiciary to corporate with us as we entrench ADR in our adjudication process.”

Meanwhile, Justice Irene-Charity Larbi, in charge of ADR  has  described ADR as a reliable partner to the traditional justice delivery system.

“Currently, the ADR Programme has been extended to 13 courts across the nation with at least five mediators assigned to each of these courts.

A total of 635 mediators have been trained and assigned to these 131 courts connected to the ADR Programme.”

The  Ghana Bar Association is  giving is promising its  full backing to the Judicial Service to successful implementation of   the ADR Programme.

Kwame Owusu Sekyere, President of the Ashanti Regional Chapter says the association will continue to support the programme.

The Ghana Bar Association, Ashanti region , we support it because  it is faster, it is cheaper and it reconciles members  who are in conflict.”