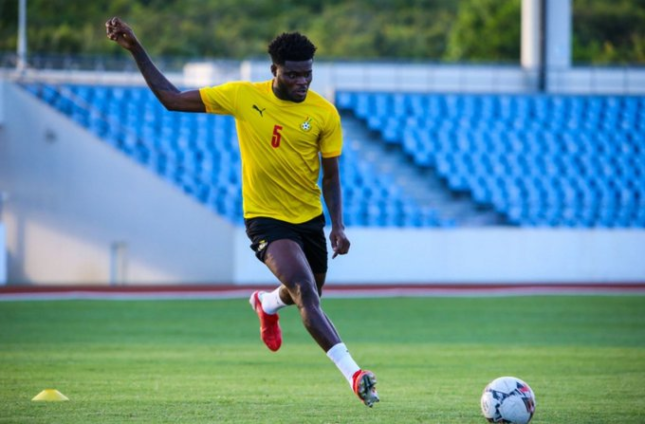 Vice-captain of the Black Stars, Thomas Partey, has left the team’s camp to return to London after missing Friday night’s friendly against Brazil.

The Arsenal star is expected to also miss Ghana’s second friendly of this international window against Nicaragua in Spain next weekend.

Partey only returned from injury last weekend to play 78 minutes for Arsenal in their Premier League win against Brentford.

He was then invited for the Black Stars games against Brazil and Nicaragua but he will end up not playing in any of these two games.

Partey was in line to start for Ghana against the Selecao at the Stade Oceane in Le Havre but was replaced by Baba Iddrisu in the last minutes prior to the game.

The midfielder was said to have felt uncomfortable around his knee area during the warm-up and was advised to pull out.

However, a member of the Black Stars medical team confirmed to Joy Sports his withdrawal was only precautionary and that the player should be fine for the against Nicaragua.

Ghana lost the game with a 3-0 score.

DISCLAIMER: The Views, Comments, Opinions, Contributions and Statements made by Readers and Contributors on this platform do not necessarily represent the views or policy of Multimedia Group Limited.
Tags:
Black Stars
Brazil
Thomas Partey