Time for humanity to grow up on climate change – Boris Johnson 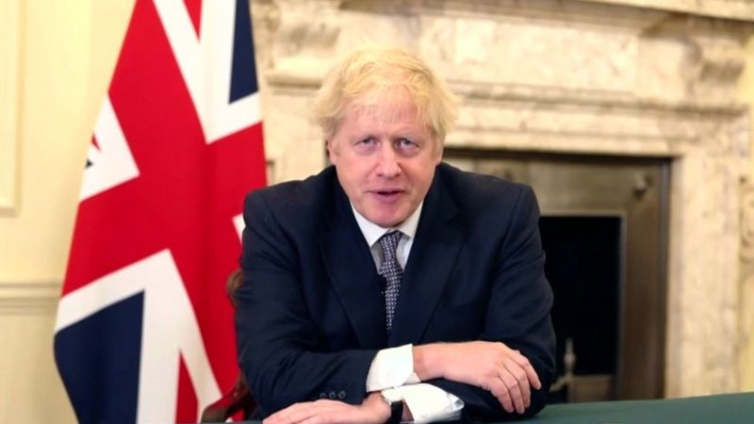 It is time for humanity to grow up on climate change, Boris Johnson has said in a speech to the United Nations in New York.

The world is approaching a “critical turning point” and countries must finally take responsibility for the destruction we are inflicting on the planet and ourselves, he said.

His speech comes ahead of the COP26 climate summit in Glasgow in November.

The PM has used his US visit to push leaders for action on climate change.

Some 100 world leaders are expected to attend the meeting at the UN General Assembly.

Mr Johnson attempted to strike a humorous note in his speech, saying Kermit the Frog had been wrong when he sang It’s Not Easy Bein’ Green.

He said: “If you imagine that million years as the lifespan of an individual human being – about 80 years – then we are now sweet 16.

“We have come to that fateful age when we know roughly how to drive and we know how to unlock the drinks cabinet and to engage in all sorts of activity that is not only potentially embarrassing but also terminal for ourselves and others.

“In the words of the Oxford philosopher Toby Ord ‘we are just old enough to get ourselves into serious trouble’.”

Amid the metaphors, the prime minister made a series of calls for action to the general assembly members, including:

‘We missed our cue’

The prime minister concluded his speech with a plea for leaders to do right by the next generations.

“If we keep on the current track then the temperatures will go up by 2.7 degrees or more by the end of the century.

“And never mind what that will do to the ice floes: we will see desertification, drought, crop failure, and mass movements of humanity on a scale not seen before, not because of some unforeseen natural event or disaster but because of us, because of what we are doing now.

At COP26, leaders from 196 countries will be asked to agree on action to limit climate change and its effects, like rising sea levels and extreme weather.

A recent report from UN scientists warned that global temperatures have risen faster since 1970 than at any point in the past 2,000 years.