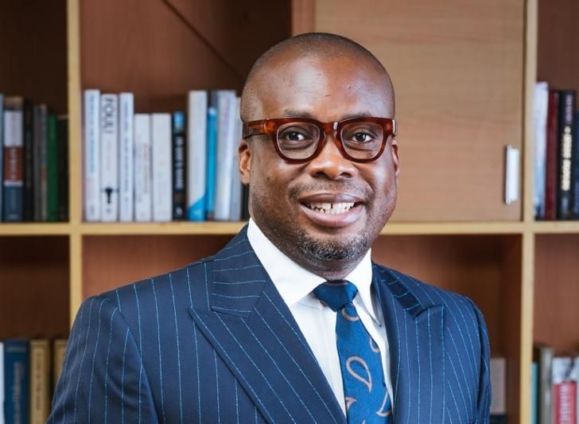 The host of Metro TV’s Good Evening Ghana programme says the Paramount Chief and the Agbogbomefia of Asogli, Togbe Afede XIV, attended only 16% of Council of State meetings in four years.

Paul Adom-Otchere, said out of 242 meetings held by the Council in 48 months, the former member attended only 39 representing 16%.

He said despite the Paramount Chief’s failure to attend a majority of the meetings, he “collected all his salaries and other benefits.”

The ace broadcaster, however, said he has no problems with the collection of the payments by the renowned chief.

“This is the bullet. The Council of State in 48 months held 242 meetings. Out of those meetings, the distinguished Tobge Afede attended only 39 of them, constituting 16 percent.”

“This is the fact from the Council of State, and you can check tomorrow. We have gone for it. This is the fact. This is the man, Togbe Afede, that we are talking about. He attended only 16 percent of the meetings in four year. However, he was paid every month, and he took all his salaries, and he is entitled to it.”

In view of this, Mr. Adom-Otchere believes Togbe Afede XIV has more money to refund to the state than the GHC365,000 ex-gratia he has returned.

“I have no qualms about that, but in giving us the narration, maybe he should have stated that ‘you were unable to attend the majority of the meetings, but you took all the salaries’,” he said on his show on Tuesday, June 7.

Meanwhile, the Asogli State Council has rubbished the allegations by Paul Adom-Otchere.

The Asogli State Council in a statement said although it will not ordinarily respond to comments from Paul Adom-Otchere, “the specific allegations he made cannot be ignored.”

“The numbers Paul Adom-Otchere presented on Togbe’s attendance at meetings of the Council of State are both incorrect and misleading, and are a disingenuous attempt to discredit Togbe’s performance at the Council. We challenge him to provide the Council’s attendance register from which he compiled his numbers for all to know the truth,” the statement added.

Paramount Chief and Agbogbomefia of Asogli, Togbe Afede XIV, recently rejected over ¢365,000 ex-gratia paid to him for serving on the Council of State between 2017 and 2020.

In a press statement on Monday, the traditional leader explained that “I did not think the payment was made to trap me, as is being speculated.”

This has since generated conversations both on social and traditional media.

Whereas others have commended the chief for the act, many say he should have also returned all the other benefits he enjoyed.

DISCLAIMER: The Views, Comments, Opinions, Contributions and Statements made by Readers and Contributors on this platform do not necessarily represent the views or policy of Multimedia Group Limited.
Tags:
Paul Adom-Otchere
Togbe Afede XIV