Trafficking mafias now offering paddle boat tickets back home to Morocco from Spain for a whopping €5,000 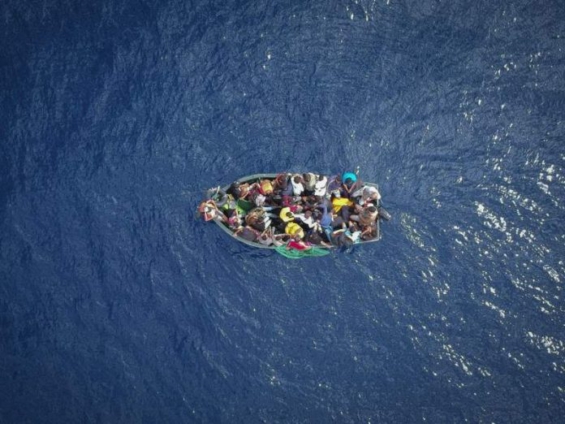 The coronavirus pandemic has altered many normal occurrences in our reality, now migrants are trying to flee from a Covid-ridden Spain back to their countries, such as Morocco and Algeria.

Returning home in the midst of a global pandemic has become an almost impossible mission which is fuelling human trafficking networks. For example, at the end of March, a group of about 100 Moroccans embarked on two inflatable boats to return illegally to their country and bypass the restrictions decreed to stop the virus from spreading both in Spain and in Morocco.

Each passenger paid around €5,400 for the trip, which ended on a beach in Larache, in northwestern Morocco. According to police sources, the price of a place on a boat from the Moroccan coast to Spain, that is, the opposite route, ranges between €400 and €1,000.

The details of the journey were collected by the Moroccan press and appears in an internal report of the European Commission, illustrating the flexibility of the mafias.

“Migrant smugglers show extreme flexibility and adaptability of their criminal businesses, and are now also organising irregular trips of Moroccan migrants fleeing from the Covid-19 in the opposite direction, that is, from Spain to Morocco,” the document cites.

Once ashore on Moroccan land, the group dispersed to hide from the authorities. After South Africa and Egypt, Morocco is the third African country most affected by Covid-19, with 2,855 confirmed cases, and its restrictions are therefore severe.

The gendarmes, responsible for enforcing the confinement rules and informed of the landing, began an investigation, with house-to-house searches, to catch them and prevent them from becoming a focus of contagion. At least one of the passengers was found huddled in a village clay oven.

The unilateral closure of Morocco’s borders on March 13, has not allowed the return of its nationals, despite the efforts of the Spanish Foreign Ministry, which has left hundreds of Moroccans stranded far from their homes and their families. Many are cross-border workers or self-employed workers who were working their day in Ceuta and Melilla and who were on the wrong side of the border overnight.

In Ceuta there are at least 300 Moroccans barred from being able to return to their country.

In Melilla, the authorities have identified 350, but it is estimated that there may be dozens more sheltered in the homes of family or friends.

Since Morocco decreed the total closure of its borders there has also been a handful of Moroccans trying to swim home.

Despite registering migratory movements in reverse, Spain continues to receive irregular immigrants trying to complete their journey to Europe despite the pandemic.

Since the State of Alarm was decreed, on March 15, until April 15, a total of 829 people entered irregularly by land and by sea, according to data from the Interior Ministry.

The total number of arrivals since April 19 (6,056) represents a decrease of 24 per cent compared to the same period in 2019, according to an internal analysis of migration flows by the European Commission.

DISCLAIMER: The Views, Comments, Opinions, Contributions and Statements made by Readers and Contributors on this platform do not necessarily represent the views or policy of Multimedia Group Limited.
Tags:
Coronavirus
Covid-19
Human trafficking