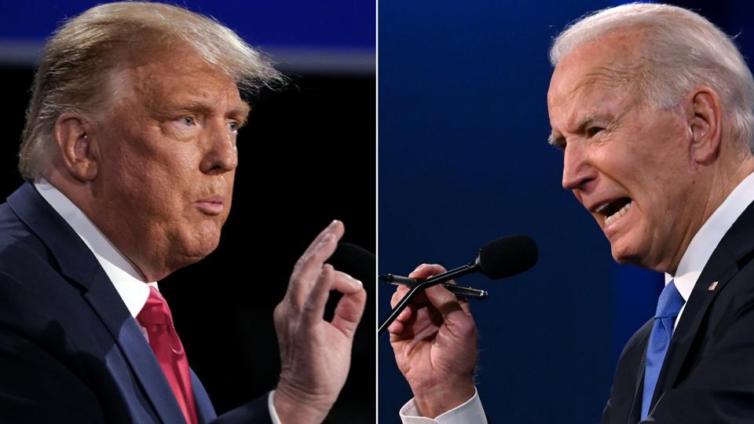 President Donald Trump now leads Democratic challenger Joe Biden by just over 100,000 votes in Pennsylvania, in a rapidly tightening race in a state that could give Biden the presidency, with election workers laboring to count hundreds of thousands of mail-in ballots that are expected to favor Democrats.

Counting of mail-in ballots from heavily Democratic areas like Philadelphia and its suburbs has steadily eroded Trump’s lead since then.

There are at least 369,000 mail-in ballots that remain to be tallied, according to data from the Secretary of State’s office.

Pennsylvania Secretary of State Kathy Boockvar told CNN the “overwhelming majority” of mail-in ballots should be counted by Thursday.

Some experts believe the remaining uncounted votes will favor Biden by a wide margin, possibly putting Biden on track to take a lead in the state.

If Biden wins in Pennsylvania, he would win the presidency outright, putting his electoral vote count at 284 according to projections from the Associated Press, though he has other paths to victory if he doesn’t prevail in the state.

However, Pennsylvania is a must-win for Trump: he cannot reach 270 electoral votes without it, even if he takes every other outstanding state — Nevada, North Carolina, Georgia and Alaska — and makes a surprise comeback in Arizona (which the Associated Press called for Biden, but where the margin has narrowed).

44,292. That was Trump’s margin of victory in Pennsylvania in 2016. The state had previously voted for the Democratic nominee in every presidential race since 1992, but Trump pulled off a surprise victory, buoyed by Hillary Clinton’s underperformance in the state’s conservative rural areas and smaller post-industrial cities.

Following a court challenge, the campaign earned more access to ballot-counting centers on Thursday, causing Philadelphia to temporarily pause its vote-counting process, though many observers believe this victory is unlikely to change the state’s final result.

Trump and his allies have tried to sow doubts about the integrity of Pennsylvania’s election.

The campaign prematurely declared victory in the state on Wednesday, and the president demanded an immediate end to vote-counting and falsely alleged that efforts to process all remaining mail-in ballots are somehow a coordinated voter-fraud scheme.

In reality, there is no evidence of significant voter fraud in Pennsylvania or any other state, and vote-counting in Pennsylvania was expected to take several days due to an unprecedented surge in mail-in ballots that officials could not begin tallying until Tuesday.

DISCLAIMER: The Views, Comments, Opinions, Contributions and Statements made by Readers and Contributors on this platform do not necessarily represent the views or policy of Multimedia Group Limited.
Tags:
Donald Trump
Joe Biden
Pennsylvania
US elections 2020