U.S. to Iran: Coronavirus won’t save you from sanctions 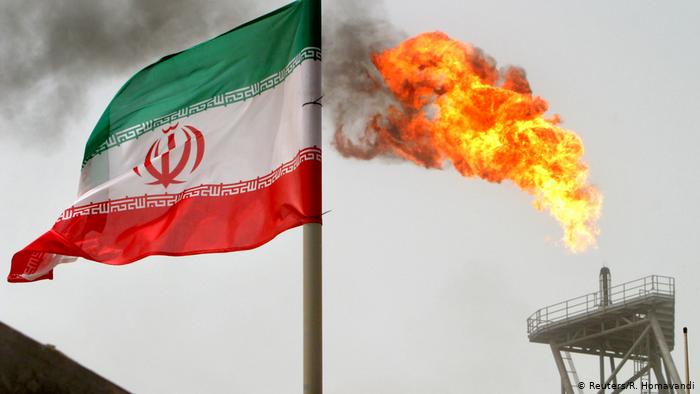 The United States sent Iran a blunt message this week: the spread of the coronavirus will not save it from U.S. sanctions that are choking off its oil revenues and isolating its economy.

Iran is the Middle Eastern nation worst hit by coronavirus, with its death toll climbing to 1,284 and one person dying from it every 10 minutes and 50 becoming infected every hour, the health ministry said.

The United States, which argues that its “maximum pressure” campaign to curb Iran’s nuclear, missile and regional activities does not stop the flow of humanitarian goods, imposed new sanctions this week.

The Trump administration blacklisted five companies based in the United Arab Emirates, three in mainland China, three in Hong Kong and one in South Africa for trade in Iran’s petrochemicals.

“Washington’s increased pressure against Iran is a crime against humanity,” an Iranian official told Reuters. “All the world should help each other to overcome this disease.”

Some analysts suggested the Trump administration should do more to speed the flow of humanitarian goods into Iran, though they saw little evidence to suggest this was in the offing.

“Our policy of maximum pressure on the regime continues,” Brian Hook, the U.S. Special Representative for Iranian Affairs, told reporters. “U.S. sanctions are not preventing aid from getting to Iran.”

On Monday, China called on the United States to give Iran sanctions relief for humanitarian reasons but U.S. officials, foreign diplomats and analysts saw no signs of this.

“While Iran is an epicenter of this virus outbreak and facing true economic catastrophe … there will be no relief on sanctions,” said Elizabeth Rosenberg of the Center for a New American Security think tank.

Hook said Washington sent a diplomatic note to Tehran offering help with coronavirus “and it was quickly rejected.”

He also blamed Iran’s leadership for its coronavirus woes, saying that Iran “spends billions on terrorism and foreign wars” and that if it spent one tenth of this “on a better health care system, the Iranian people would have been much better off.”

In what might be a gesture to Washington, Tehran released U.S. citizen Michael White from its custody though he must stay in Iran.

“I still don’t believe this administration wants to provide a lot of leeway to the Iranian authorities but that doesn’t mean they can’t or shouldn’t be looking for every opportunity to” get medical supplies into Iran, she said.

The outbreak in Iran was likely to spread as Iranians travel for the Nowruz new year’s celebration, she added, saying this could hurt U.S. security partners across the region.

“Iran is Italy, only on steroids,” Maloney said, alluding to the outbreak in Italy, whose coronavirus death toll on Thursday overtook that of China, where the virus emerged.

Mark Dubowitz, an Iran hawk with the Foundation for Defense of Democracies policy group, said Washington could send medical goods to Iran via private groups but should not ease sanctions.

“At the very time Iranian-backed Shi’ite militias in Iraq are killing Americans and Brits and others, this would be exactly the wrong time to be providing any kind of economic relief to the regime,” he said, referring to last week’s attack on a military camp in Iraq that killed one British and two U.S. personnel..

“We should be sending medical supplies directly to Iranians through non-governmental organisations and bypass the regime.”

Iranians appeared to have mixed feelings about whether Washington was making its outbreak worse.

“America’s sanctions are preventing Iran from getting necessary medicine and equipment to fight against this virus. They have to lift it,” said dentist Arash Hosseini, 52, in Tehran.

But Twitter user @fnikjoo, suggested sanctions relief would just provide “Money to support more terrorists in the region and beyond.”

DISCLAIMER: The Views, Comments, Opinions, Contributions and Statements made by Readers and Contributors on this platform do not necessarily represent the views or policy of Multimedia Group Limited.
Tags:
Coronavirus
Iran
Oil revenue
Sanctions
US