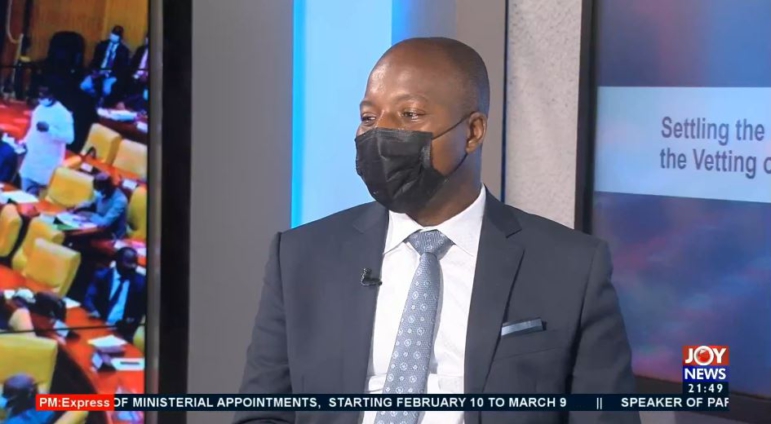 A Member of Parliament’s Appointments Committee has assured that the Vetting Committee will ensure that it settles only on qualified nominees during vetting.

According to Mahama Ayariga, the process will not be a mere formality, “you would have to justify your nomination by the president, and I think that is good for Ghana.”

“We will be failing Ghanaians if you come and you are not up to standard and we just pass you,” he said on Wednesday.

The vetting of the first list of ministerial appointment for President Akufo-Addo’s second term is scheduled to commence Wednesday, February 10, 2021, through to the second week in March.

According to Parliament, Certain portfolios will be prioritised due to the nature of their job as three nominees are expected to be vetted a day.

Speaking on JoyNews’ pm: Express Wednesday, the Bawku Central MP said all nominees must prove themselves during the vetting as the committee will not encourage mediocrity in running of public affairs.

“I don’t think that the tax payer’s money, or with the kind of monies that are used to pay us to run the affairs of the public, it will be fair to the taxpayer that we lined up mediocre people to run public affairs.”

He, however, observed that the current structure of Parliament will make no room for such occurrences.

“This current structure of parliament provides an opportunity to screen people properly and if really they don’t meet the standards it will raise the red flags.”

Meanwhile, Mr Ayariga wants Ghanaians to debunk the perception that the NDC caucus “is just going to go out there, massacring people out of personal or perceived antagonism towards particular nominees.”

According to him, the NDC will strive to do a professional job and if in the process “we are able to prove that you are not capable of the job, I think that we will vote according to our conscience.

DISCLAIMER: The Views, Comments, Opinions, Contributions and Statements made by Readers and Contributors on this platform do not necessarily represent the views or policy of Multimedia Group Limited.
Tags:
Akufo-Addo
Mahama Ayariga
Ministerial appointments
Parliament
Vetting Committee