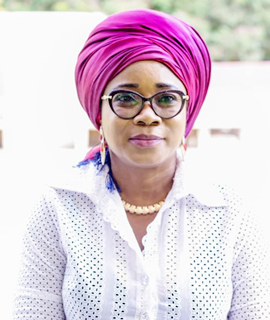 We would not need to engage consultants to tell us how the future of our beloved country would be like in the next two decades or more. The evidence is right before us. We see it on the streets and at traffic intersections. I am referring to the youth and children on our streets who live in squalors and heavily indulged in drugs and idleness.

I came face to face with the reality and the sad state of our nation’s future a couple of weeks ago at the Efua Sutherland Children’s Park in Accra. Three Christian women professionals have laid it on their hearts to spend a valuable part of their pension time to contribute to help reintegrate the youth on the streets back into society. What I saw at the Children’s Park though scary is not insurmountable. That probably is what has driven Mrs Nancy Thompson, Mrs Elizabeth Quarshie-Idun and Mrs Adjoa Amana to commit their individual resources to help their country’s future through their NGO, Enhancing Youth Education and Health (EYEH) Soup Kitchen.

With the assistance of the Department of Social Welfare under the Ministry of Gender, Children and Social Protection, some street children who have apparently found a home at squalor near Opeibea House in the airport vicinity, are bussed by the department together with a few others in shelters, to the Children’s Park. This they do every Wednesday morning to receive counselling, health checks, and a free hot meal with snacks all arranged and provided for by the NGO.

We may as a country, over the years, not tackled streetism with the seriousness it deserves.  What I encountered at the children’s park that Wednesday in question was a harrowing experience, a worrying picture for the future of our country. It is a shadow of what we could be confronted with in the next couple of decades if we do not all devote some time to help stop the youth flocking into our cities and towns supposedly for a better living only to populate our streets as beggars, windscreen wipers, hawkers, living rough and high on drugs.

As they arrived at the children’s park with hopes of a cooked meal and snacks, volunteer medical team from Planned Parenthood Association of Ghana (PPAG) also came and set up checking their health status, giving them advice and prescribing drugs for basic treatments such as cuts, malaria and anaemia. The drugs had been thankfully donated by some Good Samaritan pharmacies. Also present at the Wednesday Soup Kitchen was a retired United Methodist Minister, Rev. Mrs Dorothy Asare who told me she had volunteered her time as a mother to counsel the children on a one-on-one basis.

In my chats with them as I moved around, these boys and girls ranging between ages 11 and 18 opened up, telling me about what brought them to Accra, living rough in dehumanising conditions. Some of them said they had run away from home to seek a “better” life. As I drew closer to a 14-year old called Gideon, I saw him busy drawing. The JSS 1drop out had beautifully drawn his benefactors and others. There was no doubt that this was a future artist who could go very far with a little push. Yet, in his delusion for a better life, he is on the streets of Accra cleaning car windscreens at traffic intersections for subsistence.

An 18-year-old called George told me he spends his day at the traffic intersection in front of Gold House cleaning windscreens. He ran away from home at age 13 because he saw no peace with his parents constantly at each other’s throat. He looked unwell and he confirmed, telling me his heart had been beating very fast so he was waiting in line to see the volunteer doctor on duty. One of the girls in the group, 15-year-old Benedicta came from Koforidua. She lives with many other boys and girls at the airport hideout, engaged in sex, drugs and wasteful ventures. She said she was lured to Accra by his older sister who begs on the street. Now she had regretted and wanted to return to Koforidua but does not have the means.

The NGO, EYEH Soup Kitchen being powered by the three dedicated professional women, use a hot meal as bait to assemble the street children for counselling until they become productive to reintegrate into society. A commendable initiative that would need the support of many more volunteers and organisations to make it sustainable and beneficial. From what I saw, donations of items such as basic drugs, food, water, clothes and even cash would go a long way. Would you be ready to help the future of our country? The future which is being incubated on our streets today has many repercussions.  It would come back to bite us.