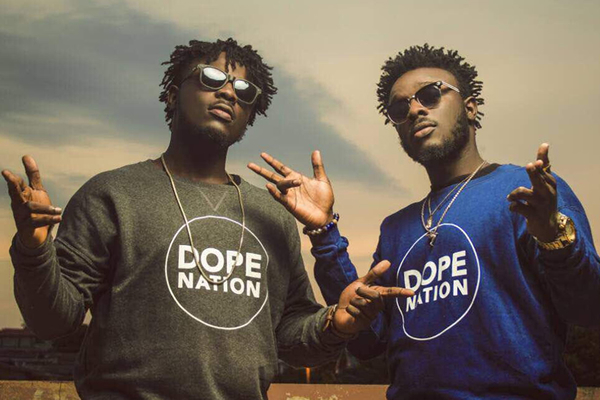 Latest signees to the Lynx Entertainment music label, DopeNation say they do not see Kuami Eugene and Kidi as competition.

Speaking in an interview on the GIST with MzGee, the ‘Naami’ hitmakers noted that they rather see competition between Kuami Eugene and Kidi, who are also on the label, as a compliment.

They believe it will rather help them improve and grow in their music journey.

“We all need that competition to be bigger people and to be greater people. Right now we are with Lynx and everyone is giving his or her best to make the label and to bring out Ghana music. I will say competition in the sense that…these guys are also doing their best so it’s like we are just moving up like that,” B2, a member of the duo, said.

Talking about their benefit from working with Kuami Eugene and Kidi, B2 said, “to be frank I had a dream like that. I don’t know whether it’s because of the anxiety and all that’s happening…it’s like the fire keeps coming back and back like.”

Watch the video below for more: