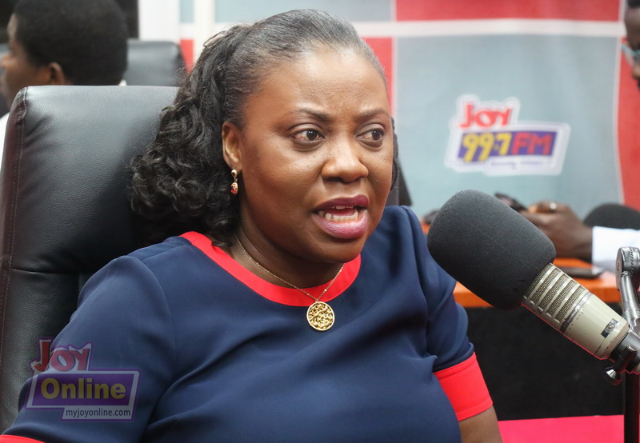 She said that taxing mobile money operations will only discourage its usage in the country which she said was unhealthy for the growth of the country’s digital market.

“If you ask me, I still think the industry is still young. If you tax mobile money you won’t get the penetration you require,” she said.

Speaking with Daniel Dadzie on Joy FM’s Super Morning Show Patricia Obo-Nai explained that the mobile money industry has the least penetration although awareness has been high in the country.

Although the World Bank in June described Ghana as the fastest growing mobile money market in Africa with registered accounts increasing 6 folds, the CEO believes that more should be done to encourage its penetration.

According to her, penetration stands below average, at a percentage of about 45% with many Ghanaians not using the service.

Communications Minister, Ursula Owusu-Ekuful, earlier this year pushed for mobile network operators to be taxed for the profit they make on mobile money transactions.

At a press conference in Accra, the Minister said the operators generate some GH¢71 million monthly on the transactions, making it necessary for the industry to be taxed.

The Vodafone CEO, however, disagreed with the claims by the Minister, stating that the government should focus on broadening mobile money access rather than setting out policies that will discourage its usage.

“As long as you make it expensive for me to do it, I will not change my behaviour,” she said.

She stated that government should consider how mobile money has benefitted other economies and look out for the benefits it has on the economy of the country.

“That is how to open up the economy,” she said.

She further urged government to make transactions using the service, insisting that government services should be paid through digital means.

“Merchants should be willing to accept mobile money, it should be a currency,” she added.

Mrs. Obo-Nai said mobile money should not be taxed to ensure that the right attitudes required to shape the digital market are adopted.

DISCLAIMER: The Views, Comments, Opinions, Contributions and Statements made by Readers and Contributors on this platform do not necessarily represent the views or policy of Multimedia Group Limited.
Tags:
Mobile Money Tax
Patricia Obo-Nai.