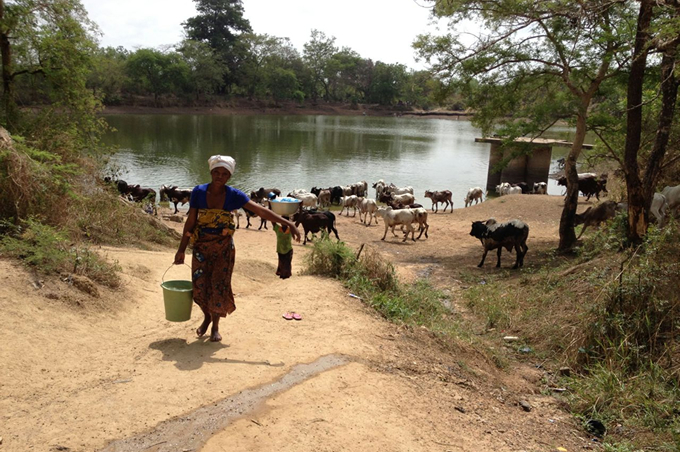 Experts have touted water recycling as the most sustainable method of conserving water.

According to Patricia Sinicropi who is Executive Director of the Water Reuse Association in the USA, water recycling technologies are becoming more sophisticated with every passing day, making it easy for it to be scaled out.

“The most important benefit of recycled water is that it’s a reliable and sustainable source. It’s not an imported source of water. You can control it. You know what is in it at all times,” she said.

“So I think from that perspective, it’s quiet affordable when you have considerations such as limited supply that are not in your control…” she told journalists who visited her office on the invitation of the Foreign Press Centers.

Will you drink treated sewage water?

In San Diego, California State in the USA, a project known as Pure Water San Diego Programme currently produces clean water from sewage water and other drain water sources from homes, schools and various communities. The recycled water is then distributed back to homes for drinking, cooking and other activities.

“We are doing this by treating wastewater to drinkable levels and delivering it to the communities…This will allow us to reduce the amount of imported water that we need…” Carolyn Ginno who is Senior Water Resources Specialist at the Public Utilities Department at the programme explained.

“Lessons learnt in America show water recycling can be done on various scales…. this (water) is good for anything; it’s good if you want to drink it, good for bathing, good for irrigation, everything…,“ she said.

Five main steps are used in the water purification process. Ozone gas is infused into the water to destroy micro-organisms and other contaminants in the water.

Then the water goes through biologically activated carbon filters which are filled with bacteria that consume 30 to 50% of organic matter in the water.

Membrane filtration is then done with fibres (which are smaller than 1/300 the diameter of a human hair) which removes 99.9% of microscopic particles including solids, bacteria and protozoa.

Then the water goes through an osmosis process which uses high pressure to force water through spirally wound membranes that remove most salts and minerals, as well as 99% of dissolved organics, including pharmaceuticals.

Then inside a reactor, ultraviolet light that breaks down the DNA of any microbes or viruses in the water whilst advanced oxidation generates powerful reactive molecules that destroy any trace contaminants that may remain in the water.

Jeremy Crutchfield of the San Diego County Water Authority in the USA says it took a while before residents in California became comfortable with drinking recycled water but now, they are okay with that.

“Potable re-use wasn’t favourable by the public… there was a term, toilet to tap that came alive. And once there comes that link, there is nothing the engineer can do… Public perception. Now the public has come around and is in favour of potable re-use but it took some time to get there,“ he observed.

According to the Water Reuse Association, recycled water is more cost-effective than a lot of alternative sources.

It is also environmentally sound as it alleviates pressure off freshwater resources and natural systems. Recycled water is also considered to be reliable because wastewater is renewable and is the only sustainable source of freshwater.