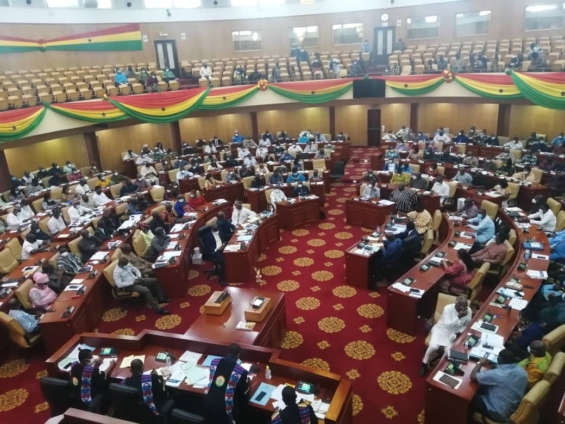 Acting Director-General of the Public Affairs Directorate of the Ghana Police Service, ACP Samuel Kwesi Ofori says the Police Service is not at loggerheads with Parliament.

His comment is in relation to the complaint of contempt against two police officers filed by the Madina Member of Parliament, Francis Xavier Sosu to the Privileges Committee.

On October 25, Francis Xavier Sosu led his constituents to protest against poor road and drainage infrastructure, calling on the government to expedite actions to have them fixed.

However, during the protest scores of protesters blocked portions of the Ayi Mensah-Danfa Road by burning tyres and preventing the free flow of traffic.

It took police intervention to clear the road.

During the chaos, the MP and several other protestors were arrested and whisked away.

Reacting to his arrest, the MP had described the Police’s action as unlawful and lawless and consequently cited them for contempt of Parliament.

“Why would you want to do that? Because the youth resisted and I was whisked away, I later got to know that they have arrested our youth chiefs and some of our young men who were demonstrating. What sort of lawlessness is that?” he had told JoyNews.

However, reacting to the MP’s assertions, ACP Kwesi Ofori stated that the protesters were involved in unruly conduct disrupting public order.

“There was some infraction, and per the public order law, it calls for some sanctions. And the honourable Member of Parliament is being asked to come to the police station to submit a statement on why the highway was blocked, they burnt tyres, there was obstruction to public highway, impeding vehicular movement, among other things,” he said.

He explained that the invitation of the MP to the Police station was not politically motivated, instead, it was to see to it that the right thing was done, thus the situation should not amount to a conflict whatsoever with Parliament.

“These are not political issues, these are issues that is based on some infraction regarding the public order law. And therefore we see no reason why one should block the MP coming in,” he said.

He added that, should Parliament continue to block the Service from getting to the MP, the Police will utilise other alternatives.

“After all we have other options; the police can go to court, call for a criminal summons to be served on him and when he fails to appear, and the court in its wisdom decide to issue a warrant of arrest, the police will execute it,” he said.

DISCLAIMER: The Views, Comments, Opinions, Contributions and Statements made by Readers and Contributors on this platform do not necessarily represent the views or policy of Multimedia Group Limited.
Tags:
ACP Samuel Kwesi Ofori
Francis Xavier-Sosu
Madina protest