We couldn't reach a consensus because of Majority's refusal to review the e-levy - Haruna Iddrisu - MyJoyOnline.com 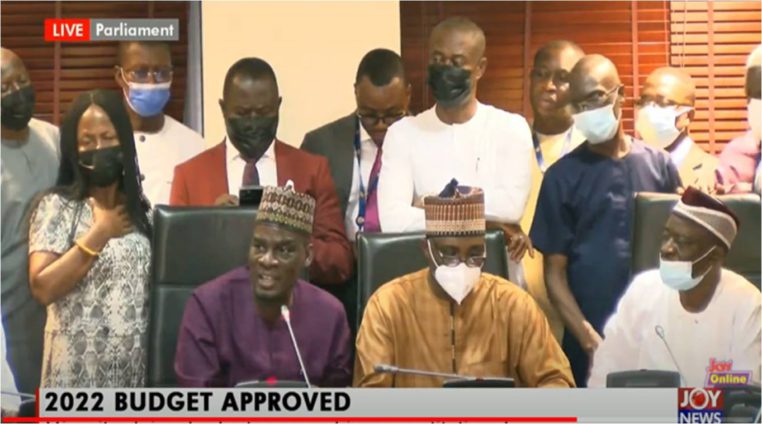 The Leader of the Minority Caucus in Parliament, Haruna Iddrisu has revealed that his side could not reach a consensus with the Majority on the 2022 Budget because of the Majority’s refusal to review the proposed 1.75% e-levy.

Addressing the press on Tuesday, Haruna Iddrisu explained that the Minority and Majority held a joint caucus meeting to make some useful concessions towards the approval of the 2022 Budget.

He explained that during the deliberations, the Minority insisted that the proposed 1.75% e-levy should be reviewed to a more convenient rate in order to make life more comfortable for the generality of the Ghanaian populace.

According to him, the Majority however failed to welcome this proposition, leading to a stalemate between the two negotiating parties.

“Indeed, the vexed issues, for which there was a stalemate, for which we could not discuss further, was the matter of e-levy. Our original position was that, no, no, no, no, to e-levy. They explained to us the difficulties and circumstances of the economy and the fact that they needed some additional revenue for purposes of consolidation, fiscal consolidation. We referred to them, that the brilliant economists at ISSER, had suggested to them that review it downwards; therefore we said if you could go to 0.5 to 1%, we could accommodate you, for the good of the Ghanaian people.

They said it was their budget and they were not prepared to review the e-levy. So the Ghanaian people, we then decided that they must stand alone in it. Because we believe sincerely, that it’s punitive as Professor Quartey said, and it doesn’t serve a good tax instrument because it’s regressive”, Haruna Iddrisu explained.

The Member of Parliament for the Tamale South Constituency added that, “we also asked them to adjust even the threshold of this GH₵100 maybe upwards; they also said they were not ready to do that. So if you didn’t see the Minority cooperating, these were the very reasons we were unable to support them. So we’re determined to support them to redeem the economy. Because we want to inherit a healthy economy under President Mahama, in the very foreseeable future of 2025. But the difficulty was on those matters”.

The inability of the two caucuses to reach a consensus consequently lead to the approval of the 2022 budget, in the absence of the Minority.

The Minority has subsequently described the approval of the 2022 Budget as unconstitutional, and have indicated their readiness to ensure that the illegality perpetrated by their colleagues, is accordingly rectified.

They have also pledged to hold a press conference at a later date to articulate their stance and grievances on the conduct of Parliamentary business on Tuesday, November 30, 2021.