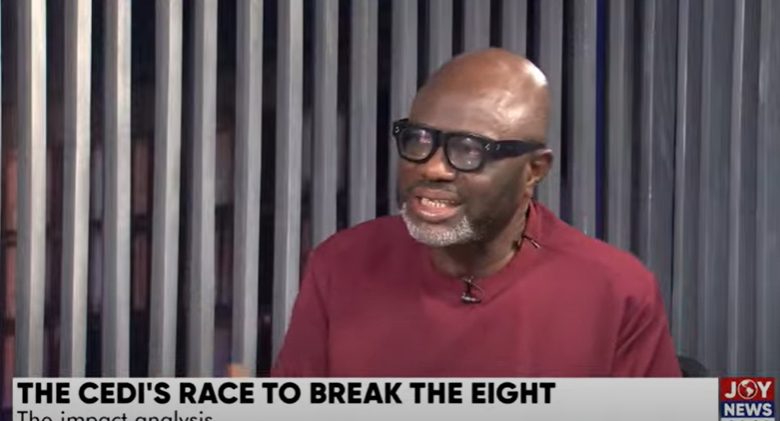 The President of the Ghana Union of Traders Association (GUTA), Dr. Joseph Obeng, has called on the government to establish a new policy framework to encourage capital retention in the country.

In a revelation on JoyNews’ PM Express, the Union Leader stated that imports made by indigenous traders only amounted to 15% of all imports into the country whereas the remining bulk was done by expatriates and multinational organisations operating in the country.

According to him, after they import so much into the country, they send all their revenue in dollar bills to their home countries, thus inadvertently causing a strain on the Ghanaian cedi leading to inflation.

“It goes a long way to confirm what I’ve always been saying, that the economy is more foreign dominant especially in the juiciest areas. When even it comes to importation that we’re talking about, the indigenes, the locals, we form only about 15% of the entirety of imports that we do.

“The people at Okaishie, Adum, Suame, Takoradi, and all that, collectively what we import forms about 15%. And so what do we do with the expatriates who form the bulk? That’s the bane, that’s the problem,” he said.

Referring to research conducted by JoyNews’ Research desk establishing that the cedi had significantly appreciated during the peak of the Covid-19 pandemic in 2020 and 2021, Dr. Obeng explained that due to the lockdowns and restrictions that characterized the time, the expatriates could not repatriate their revenues.

“And so in January 2021 was when the Omicron surge was, so at that time travelling activities and all that were suppressed. The movement of these Chinese and all that were also curtailed. And it goes to buttress the point that I do that when they’re repatriating the cash. So primarily it’s about the foreign dominance, it’s so overwhelming,” he said.

To find a permamnent solution to the problem, the GUTA President has suggested the government takes an interest in investing heavily into the juiciest parts of the economy.

“For me, we should look at the service industries. The communication sector, because the communication, the amount of money that they pack and send away from the shores of Ghana because it is also entirely foreign dominant without any retention. That is so huge and bigger than even the imports that we do.

“The banks too for the service industry, the foreigners form the majority of what we have here, apart from few banks that are indigenes. And they all also repatriate home. Those that come from oil – apart from the tax that we get, it’s also wholly foreign. And so all these come and at the end of the year they repatriate all their profits of course legitimately,” he said.

He added that “But if we should make our investment law in such a manner that we have a retention policy where government makes deliberate effort to invest in these parts of the economy, then of course, if even it’s 30 to 40%, whatever form it takes, if it will be by form of float shares to the indigenes or whatever it is, we’re going to retain about 40%.