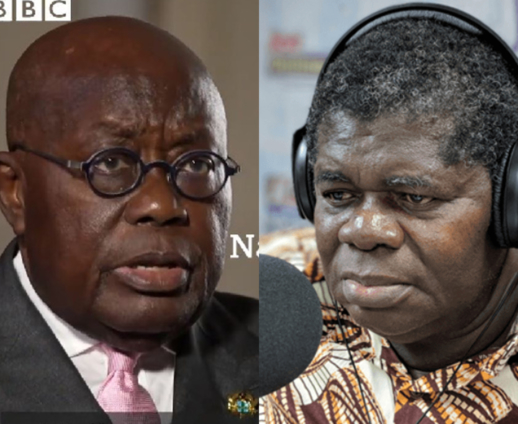 President Akufo-Addo says the current woes of the country’s economy are due to the economic disruptions in the past two years caused by the Covid-19 pandemic.

He said the fundamentals of the economy are strong such that even in hard times of the global economy in 2020, Ghana still recorded positive economic growth.

In an interview with Peter Okwoche of the BBC’s Focus on Africa show on Monday, he dismissed comparisons of Ghana’s economic figures with that of the western world.

The Vice President, Dr Mahamudu Bawumia, in other words, reaffirmed government’s commitment to transforming Ghana despite the global economic challenges which have brought dire straits on the country’s fortunes.

Speaking at the Pentecost Convention Centre at Millennium City, Kasoa, on Thursday, Dr Bawumia said the Akufo-Addo government has been focused on undertaking major structural reforms in the Ghanaian economy by shifting from a focus on the production of raw materials to value addition.

The Speaker of Parliament, Alban Bagbin, referred three members of the House to the Privileges Committee, for their continuous absence in Parliament.

Veteran actor, Psalm Adjeteyfio [aka T.T] passed away on the morning of Friday, April 8, 2022, according to the family.

They revealed that his son found him lying unconscious in his room. After attempts to resuscitate him failed, he was sent to the hospital for emergency attention.

However, he was pronounced dead on arrival. The body of the actor has since been transferred to the mortuary. He died at the age of 55.

The frustration of parents placing their children in schools are some of the major stories featured in the news this week.

Hannah Odame brings us a wrap.

DISCLAIMER: The Views, Comments, Opinions, Contributions and Statements made by Readers and Contributors on this platform do not necessarily represent the views or policy of Multimedia Group Limited.
Tags:
President Akufo-Addo
Psalm Adjeteyfio
State of the Economy
Weekly wrap