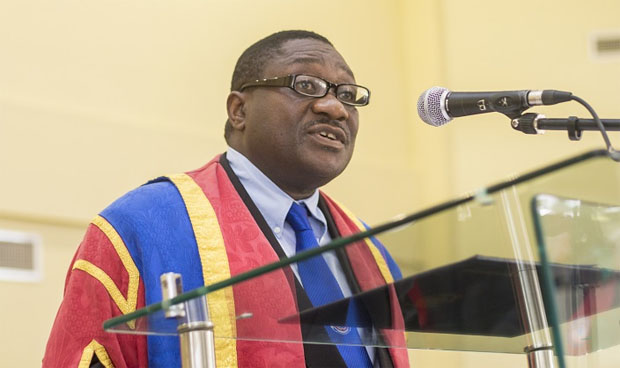 The Governing Council of the University of Education, Winneba (UEW), says it is ready to comply with a High Court order asking to reinstate former Vice Chancellor, Prof. Mowutor Avoke and four other principal officers.

This decision was taken after an emergency meeting attended by the Education Minister, Dr Yaw Osei Adutwum, on Thursday.

Chairman of the Council, Nana Ofori Ansah, has assured that the University will take the necessary actions to go by the Winneba High Court order and ensure the officers are reinstated.

“We are complying with the orders of the court. The court says they should be reinstated, and we have to comply with it.

“Whatever decision will be taken, some will be happy; others will not, so it is based on whose interest that person is playing into. Of course, not everyone will be happy, but it is a court order,” he told Accra-based Citi FM.

In 2017, Prof. Avoke was instructed to vacate his post until a case against him and the University Council by Supi Kofi Kwayera was determined.

The plaintiff alleged and cited financial and procurement irregularities on Prof. Avoke.

He also claimed that the University Council’s mandate expired in 2013; however, the Education Ministry failed to constitute a new Governing Council.

The University interdicted Prof. Avoke and four others after it emerged that some vital documents at some offices at the centre of an ongoing investigation had disappeared.

The Governing Council of the University later appointed Rev. Fr. Professor Anthony Afful-Broni as the substantive Vice-Chancellor for a limited period of three years.

But on Wednesday, February 2, the Winneba High Court ordered that Prof. Mawutor Avoke and the four officers be reinstated.

It ruled that their salary arrears must be paid from the date they were removed from their respective positions.

Currently, Prof. Andy Ofori-Birikorang has been acting as the School’s Vice Chancellor.