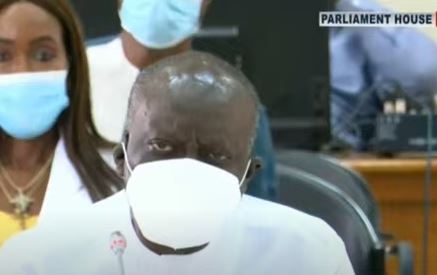 “NIB has been a difficult one because of its nature, but NIB for us will be that industrial bank; we have put some money into that, we need to resolve final execution as to know what we do”, he told Parliament’s Finance Committee, a while ago.

“So you have ADB doing agric and NIB doing industrial, but not as a commercial bank. So the issue of rationalization is at the juncture. I think both the Ministry of Finance and the Bank of Ghana are in agreement as to the new NIB that we want and surely by mid-year, you will have a clarity on how we are going to position that”, he pointed out.

According to the Finance Minister Designate, the government have a clear strategy of positioning NIB as an industrial bank.

“We are very clear on our support for agric, that is why GAT put money into agric. We have taken our time to understand NIB to see the structure we want; we don’t want it to be a commercial bank. We expect that it will be an industrial and therefore will be able to make a representation in the regions – they have to support industry – and therefore we’ve kept it alive GHc1.3 billion over this time”.

“We need to now assess the final numbers- the amount that will put in to make NIB to become the original bank [industrial] and not a retail bank.

NIB is among five Ghanaian banks that benefited from the Ghana Amalgamated Trust Fund capital injection to sustain their operations.

Mr. Ofori-Atta said “GAT as you know was clearly part of the whole construction of President Akufo-Addo’s vision of indigenous Ghanaian ownership. Through that we’ve been able to save some four or five Ghanaians banks to be in the SME space, and that’s good.”

“We did give some resources to ADB to make sure that agric was sustainable and we are going to look at putting some more money through the National Development Bank we have”, he said.

DISCLAIMER: The Views, Comments, Opinions, Contributions and Statements made by Readers and Contributors on this platform do not necessarily represent the views or policy of Multimedia Group Limited.
Tags:
ADB
GAT
Ken Ofori-Atta
NIB