What really happened on good Friday? 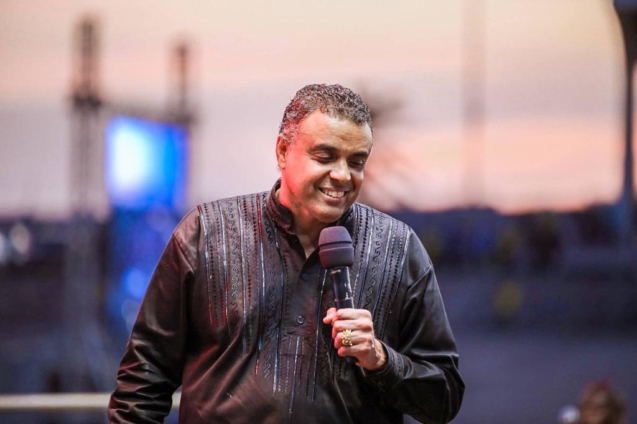 With the President’s announcement that social gatherings could resume at full capacity, Christians marked Good Friday with in-person with activities at various locations.

One such mammoth gathering was the Good Friday Miracle Service. Hundreds of buses and thousands of people filled the Independence Square.

Located in Accra, the Square is purported to be the world’s second-biggest ‘city square’ after Beijing’s Tiananmen Square.

All available space was taken by the huge gathering, which comprised of people from all walks of life.

Led by some Bishops of Charismatic denominations, the multitude prayed for the nation, Ghana, specifically for President Akufo Addo, the Executive, the Legislature, the Judiciary and the people of Ghana. Prayers were also offered for the salvation of people in all nations.

Bishop Dag Heward-Mills, an evangelist popular for his Healing Jesus Campaigns in Africa, preached a sermon on “The Mysterious Accomplishment of Jesus Christ”.

He opined that the gruesome ordeal God’s Son went through was to accomplish certain things; temptation, pressure, betrayal, sorrow and accusations to mention a few.

He stated that Christians should also go through these when following Christ.

The man of God prayed for the gathering and also prayed specifically for the sick to be healed. Several people testified they had been healed of various ailments.

Christians believe that being saved is the basic truth of the Bible, made real by the central event of all history – the life, death and resurrection of Jesus Christ.

Thousands were saved at the Independence Square on Good Friday.

After the Good Friday Miracle Service, news spread about the sudden passing away of Dr David Heward-Mills.

David Heward-Mills was the first son of Bishop Dag Heward-Mills. David was a medical doctor residing and working in the United State of America.

Despite the news of the death, the Bishop has displayed immense and commendable faith in God in the face of adversity and great loss. He encouraged his congregation to not lose faith in God.