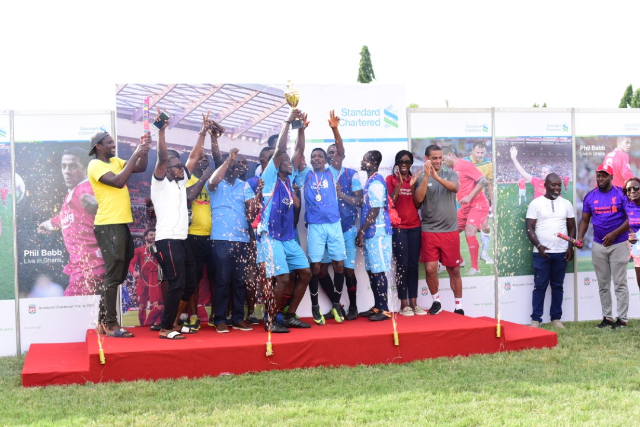 Wilmar Africa, producers of frytol Oil and Fortune rice want to be the first Ghanaian representatives to win the Standard Chartered trophy tournament.

Wilmar will be at Liverpool’s iconic stadium, Anfield, this weekend to participate in the 5-aside tournament against other markets after winning the local tournament in March.

The Standard Chartered Trophy 2019 Tournament, is hinged on the bank’s Liverpool FC sponsorship. This is an international 5-aside football tournament that provides local markets with a platform to actively engage its clients, media partners, staff, and stakeholders.

Wilmar Africa is on this all-expenses-paid trip to Anfield, the home of Liverpool FC. Whilst at Anfield the team will watch Liverpool's final Premier League game of the season which may well decide the title and take part in a training session at the LFC Academy to prepare for the final tournament where they will join seven other teams from different countries to determine which team emerges as the best for the year.

Anfield will hardly be as raucous as it will be in Liverpool’s game against Wolves, when Wilmar step on the lush green pitch to defend Stanchart Ghana but Wilmar Africa are focused on delivering victory for the Ghana market which will mean this year's representatives would have gone ahead of GNPC, Multichoice and EIB network teams who failed to annex the ultimate.

Ghana has been participating in this tournament since 2015 and has had the opportunity to take staff, clients and media personalities to Anfield to watch Liverpool FC home games and interact with some legends of the club.