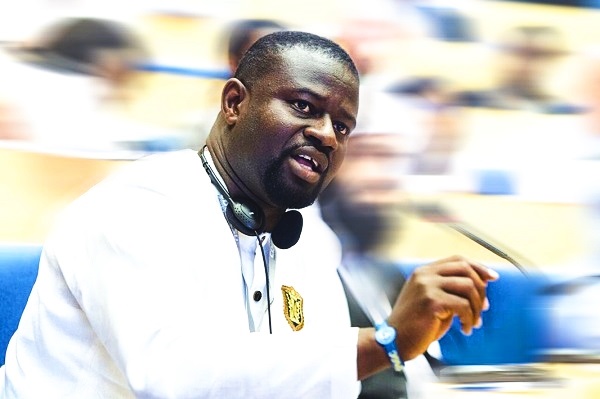 The Nsawam/Adoagyiri MP, Frank Annoh-Dompreh, has demanded that the Public Interest and Accountability Committee (PIAC) immediately apologises to him, government and the Municipality for an inaccurate report on a market that was supposed to be built at Otu-Kwadjo in the Municipality.

According to the PIAC report, no market has been constructed at Otu-Kwadjo though an amount of ¢920,354 has been paid for the project.

Speaking to journalists at Parliament House on the issue to set the record straight, the Majority Chief Whip said he suggested three places, namely Nsumia, Nsawam and Otu-Kwadjo, to the Special Development Initiatives Ministry for the construction of the market.

Frank Annoh-Dompreh noted that the challenge at the aforementioned place did not hinder the construction at Nsawam.

He said two market sheds were constructed opposite PWD at Nsawam, stating ¢623,000 was paid for the work done.

The Majority Chief Whip explained that the market, made up of two sheds of 48 cubicles (24 cubicles for each shed), was constructed at Kojo Electoral Area at Nsawam since there were challenges regarding the proposed project sites at Nsumia and Otu- Kwadjo.

“.. so the constructor engaged and was seeking my opinion if indeed we should wait and for us to get all the three places before construction begins and I said no let’s start with Nsawam where we don’t have a controversy with the site as proposed so we still in talks with trying to get the places resolved specifically the one at the Otu-Kwadjo and Nsumia so they went ahead to constructed the one at Nsawam and it was completed and commissioned,” he said.

According to him, the reports from PIAC making the rounds that money has been paid for a non-existent market is false and mischievous.

He, therefore, called on PIAC to retract and render an unqualified apology for the pain caused the Assembly.