German investigators believe a dispute over Ramadan meals led to a fire that gutted a shelter for 282 asylum seekers in the western city of Duesseldorf.

They say a group of men who were not fasting had complained that their lunch portions were too small.

Two North African men, aged 26, have been arrested and charged with arson.

The hall was destroyed at a major Duesseldorf convention centre close to the city's airport. Damage has been estimated at €10m ($11m; £8m).

The hall was acting as an accommodation hub for men mainly from Syria, Iraq, Afghanistan and North Africa who were waiting to be sent elsewhere in the state of North Rhine-Westphalia.

Both Muslims and Christians were living there. Some 7,000 refugees and migrants are currently being housed in Duesseldorf, officials told Germany's DPA news agency.

Germany saw an influx of more than 1.1 million refugees and migrants in 2015 and although the number of arrivals has fallen, officials face a huge task in processing hundreds of thousands of asylum claims. 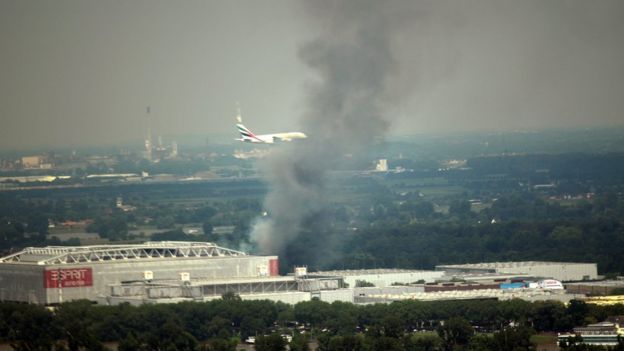 The mood at the hall was already poor, according to Red Cross workers cited by German media. Police are said to be looking at earlier reports of attempted arson.

When Ramadan started the situation reportedly became worse, and staff at the site were spat at and pelted with shoes.

A late evening meal was introduced for Muslims observing Ramadan and one group of men not taking part in the fast complained that their meals were not big enough. "We're looking at this as the motive," an investigator said. 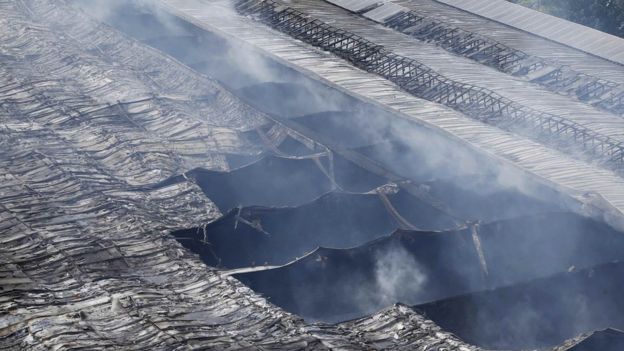 Fire broke out on Tuesday and smoke from the centre was visible across the city.

Eight men were arrested and two were remanded in custody accused of setting fire to the hall.

One of the suspects told reporters: "We had to do it so that things would change."

Although everyone staying at the hall was brought to safety, a number of men suffered from smoke inhalation.


Australian Open: Djokovic drops set to Struff but roars back to reach second round
Captain One Golf Society tourney tees off on January 25 In Obuasi
Opinion: Evron Hughes writes on gov't's FX Development Committee
Eastern Region ECG recoups ¢949,116 from power theft
Opportunity International holds management performance review workshop
2 finance officers arrested, handcuffed at Public Accounts Committee hearing
We don’t have to do it alone: Lessons from Asia for Ghana
All is set for another demo against new voters’ register as police approve routes in Kumasi