Kidnapped Tanzanian billionaire Mohammed Dewji has been released, 10 days after he was seized by armed men in the city of Dar es Salaam.

The businessman, known locally as Mo, thanked Tanzania's police "and everyone around the world for their prayers".

It is not clear how Mr Dewji, 43, was freed or whether a ransom was paid.

Forbes places Mr Dewji's net worth at around $1.5bn (£980m), which would make him Africa's youngest billionaire. 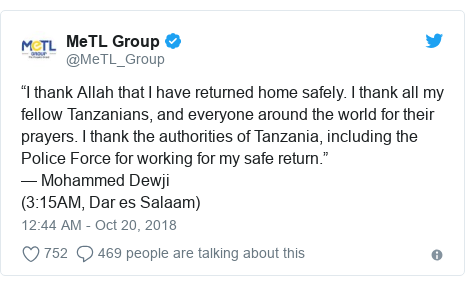 Mr Dewji was abducted by gunmen at the Colosseum Hotel early on 11 October, as he arrived for a morning workout. 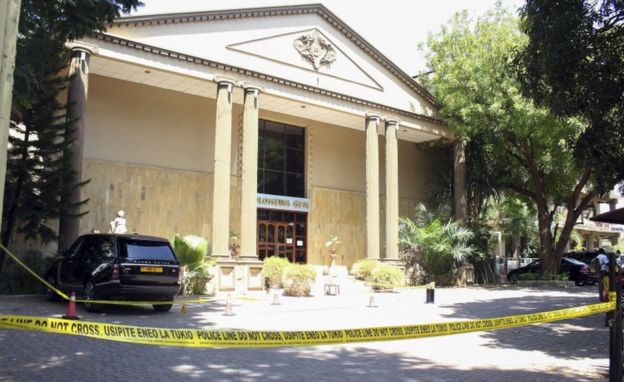 Tanzania's environment minister January Makamba, a close friend of the industrialist, tweeted on Saturday morning that he had spoken to Mr Dewji and his father.

He said the kidnappers had abandoned Mr Dewji at a field near the Gymkhana club in Dar es Salam, Tanzania's commercial capital.

The billionaire is reported to be in good health, but with bruises on his hands and legs due to handcuffing. 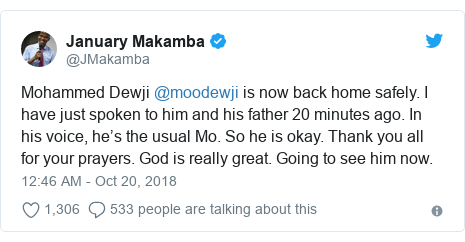 Mr Dewji served as an MP in Tanzania's ruling party for a decade until 2015.

He is credited with turning his family business from a wholesale and retail enterprise into a pan-African conglomerate.

His company, MeTL, has interests in textile manufacturing, flour milling, beverages and edible oils in at least six African states.

In 2016, the tycoon had promised to donate at least half his fortune to philanthropic causes.