Yaw Tog gives interesting answers to 25 questions about his life 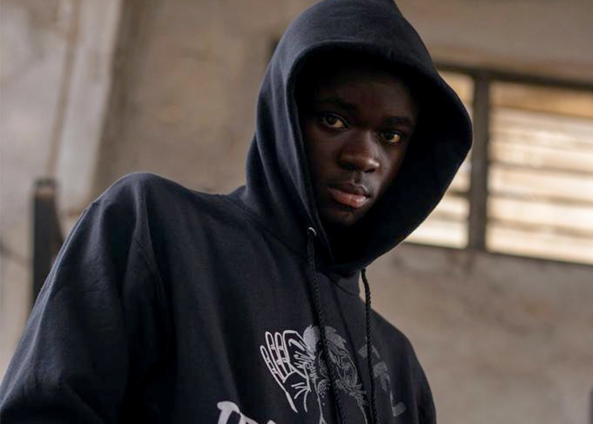 Rapper Yaw Tog is letting fans in deeper into his life. The musician provides some interesting facts about his life in a new interview.

In a question and answer segment of an interview, he was asked personal questions pertaining to his music, love life and family.

The artiste tried his possible best to provide answers to questions he felt uncomfortable answering.

Below is how the conversation went:

Host: What is one thing that scared you as a child, but you grew up knowing it’s of no relevance?
Yaw Tog: Friends – I don’t believe in friends anymore. There is no real friend. Everyone is human, and you don’t know their intention for you.

Host: Have you ever fallen in love?
Yaw Tog: Never had a lover. I didn’t have money so I wasn’t focused on that. I have a little now so I’m searching for a lover.

Host: What would you rather go a day without; phone or electricity?
Yaw Tog: Phone… especially when I am angry. I dump my phone because I don’t wanna hear from anyone.

Host: Who are your ideal music industry family?
Yaw Tog: Dad will be Sarkodie, mum; Efya Nocturnal. Malcom Nuna and Kweku Flick will be my male siblings and Eno Barony and Wendy Shay for female.

Host: Which app are you easily accessible on?
Yaw Tog: Snapchat

Host: Name your friend whose convo you pray no one ever reads because it’s loaded with sensitive info
Yaw Tog: No one… I don’t say things on the internet…..I like personal conversations

Host: How long have you gone ignoring someone?
Yaw Tog: When I am going through something, I am always silent until I sort myself out..so the length varies.

Host: How many women are you crushing on?
Yaw Tog: No one in my personal life

Host: Do you get older women making advances at you?
Yaw Tog: I have met many, they support me. I am careful so they don’t exploit me sexually. They are both local and foreign.

Host: Which popular celeb do you idolize the most?
Yaw Tog: Roddy Rich

Host: Who do you fear to lose the most?
Yaw Tog: My mum; she is the CEO of my management… I want her around for advice.

Host: First main stage you performed on
Yaw Tog: Old lady’s pub. It was a show at Kumasi with Asakaa boys

Host: What have you done with your SHS uniform?
Yaw Tog: I don’t even know where they are…unless you ask my mum.

Host: What do you love doing so much you have to disguise yourself just to enjoy?
Yaw Tog: Strolls. I love strolling so much… I wear a hoodie to go out.

Host: What did mum used to do a lot that she has stopped since you became a star
Yaw Tog: Going out… now she knows I have to work so she allows me

Host: Among the Asakaa boys, who would you consider to be your closest friend?
Yaw Tog: They’re all positive but I’ll go for Jay Bahd.

Host: When will you retire from music?
Yaw Tog: Never thought about the future.

Host: Worst business idea anyone has ever given you
Yaw Tog: None. Yet to come

Host: If you had the power to bring one dead artiste alive, who would it be?
Yaw Tog: Ebony, without hesitation. I love her very much.

Host: What can you ride well?
Yaw Tog: Horse

Host: Best revenge for heartbreak
Yaw Tog: Ignore her or give her silent treatment

Host: In your opinion, who is the most powerful person in the world?
Yaw Tog: US President Joe Biden

Host: Strangest thing you believed as a child
Yaw Tog: God … He is wonderful and awe-inspiring

Host: Worst High School performance
Yaw Tog: Never performed, not even at entertainment…never even attended one.