A warplane belonging to the Saudi-led coalition fighting in Yemen has crashed in the northern province of al-Jawf.

A coalition spokesman confirmed that a Saudi Tornado fighter jet had “fallen” while carrying out a support mission near Yemeni army units, according to Saudi Arabia’s state news agency SPA.

Yemen’s Houthi rebels said they shot down the plane on Friday night.

The United Nations said 31 civilians were killed in Saudi airstrikes in al-Jawf on Saturday.

A statement from the office of the UN’s resident coordinator for Yemen said “preliminary field reports” indicated that at least 12 others were injured in the strikes.

The Saudi-led coalition has been battling Yemen’s rebel Houthi movement since 2015. It intervened after the Houthis ousted the internationally-recognised government from power in the capital Sanaa.

The Houthi rebels said they used ground-to-air missiles to down the warplane on Friday night. 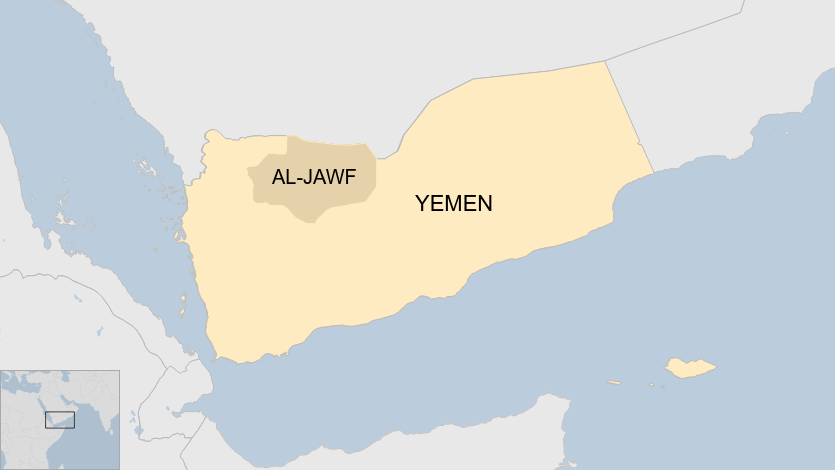 Saudi Arabia has not provided details of any casualties from the crash, or what caused it.

It said it carried out a search and rescue operation on Saturday and that some civilians may have been unintentionally killed.

Houthi officials said children were among the casualties of retaliatory air strikes by Saudi Arabia, which they said targeted civilians in the area where rebel forces had downed the plane.

They said some of those injured were in a critical condition.

In a statement on Saturday, Lise Grande, the UN’s resident humanitarian coordinator in Yemen, shared “deep condolences with the families of those killed”.

“So many people are being killed in Yemen – it’s a tragedy and it’s unjustified. Under international humanitarian law parties which resort to force are obligated to protect civilians. Five years into this conflict and belligerents are still failing to uphold this responsibility. It’s shocking,” she said.

Yemen has been at war since 2015, when President Abdrabbuh Mansour Hadi and his cabinet were forced to flee the capital Sanaa by the Houthis.

Saudi Arabia backs Mr Hadi, and has led a coalition of regional countries in air strikes against the rebels.

The coalition carries out air strikes almost every day, while the Houthis often fire missiles into Saudi Arabia. 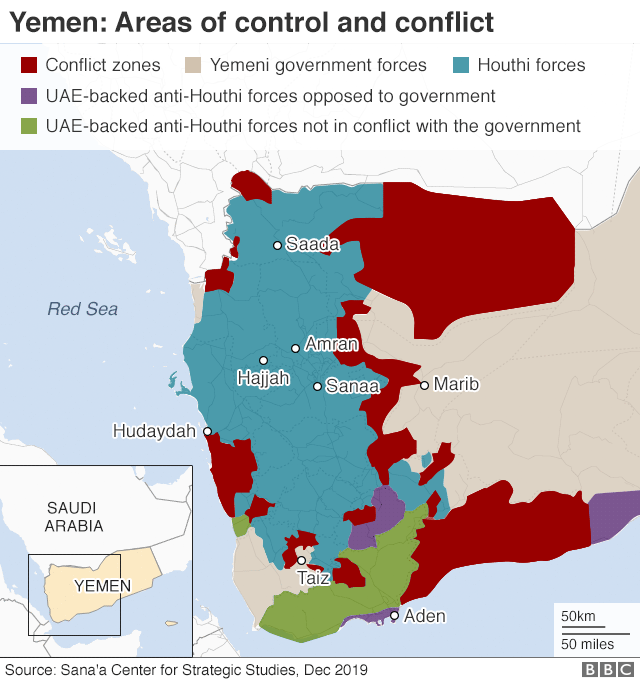 The civil war has triggered the world’s worst humanitarian disaster, with an estimated 80% of the population – more than 24 million people – requiring humanitarian assistance or protection.

Tens of thousands of people have died as a result of the conflict.