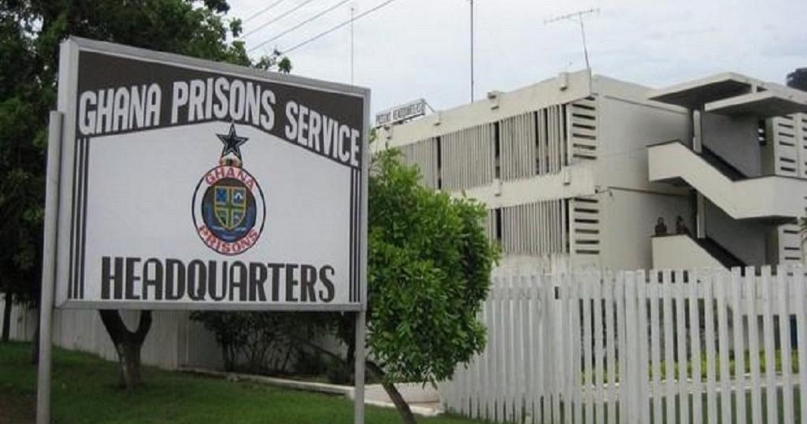 Chief Superintendent of Prisons (CSP), Courage Atsem, has decried the meager feeding grants allocated to prisoners in the country.

According to him, money provided for feeding inmates is “woefully inadequate.”

“The feeding rate for our inmates is GH₵1.80 pesewas per head per day which is certainly inadequate,” he stressed during an interaction with co-hosts of the Super Morning Show, Winston Amoah, and Kojo Yankson on Wednesday.

The focus of the discussion was on the poor state of facilities in the country’s prisons.

Mr. Atsem stated that though interventions were made to supplement government funding, that has not been effective due to the outbreak of the Covid-19 pandemic.

“There are some measures that were put in place for a supplement, for instance, we go into Agriculture production, so we are able to get products from our farms to supplement what is provided by the government.

“The challenge [now] is that during the Covid-19 period, we had to put all our Agric programmes on hold just so we could contain the situation. Because of Covid, we were not able to go into our normal Agriculture production, therefore, our production has also reduced and so getting the produce to supplement is also a challenge,” he said.

He mentioned that the situation is sometimes salvaged by donations from NGOs and individuals which are also used in supplementing what is provided.

“But for these interventions, the situation would have been more serious than it is now,” he said.

The feeding rate for prisoners in the country remains GH¢1.80 for three square meals (per head) per day in spite of the increasing cost of living.

During a meeting with the Judicial Committee of the Council of State at the Nsawam Medium Security Prison, the Eastern Regional Commander of the Service, Deputy Director of Prisons (DDP), Samuel Owusu Amponsah said the situation made feeding the inmates difficult.

In spite of its meager nature, the funds are sometimes also not released on time, CSP Courage Atsem disclosed.

“Sometimes the releases don’t even come on time and as a manager, you can’t say ‘I’ve not received anything so I can’t feed my inmates.’ The inmates must eat so you need to perform some magic for the inmates to be able to eat,” he added.

He also lamented the congestion in the prisons, stressing that these are factors hindering the rehabilitation of prisoners in the country.

“Many of our prisons have not been purpose-built, in the sense that, they were not originally built for holding of prisoners. Many of our prison facilities were colonial relics that were just given to the Prisons Service to be converted into prisons. In such facilities, you would agree with me that it would not be possible to have structures that will be meant for running rehabilitation programmes for inmates.

The workshops to be used for training are also old, dilapidated, and do not have the requisite equipment and tools that are supposed to be used to train these inmates. So these are some of the factors that account for the fact that some go in and return without being rehabilitated,” Mr. Atsem said.

DISCLAIMER: The Views, Comments, Opinions, Contributions and Statements made by Readers and Contributors on this platform do not necessarily represent the views or policy of Multimedia Group Limited.
Tags:
CSP Courage Atsem
Ghana Prisons Service