Young artists should create their own music style – Sarkodie 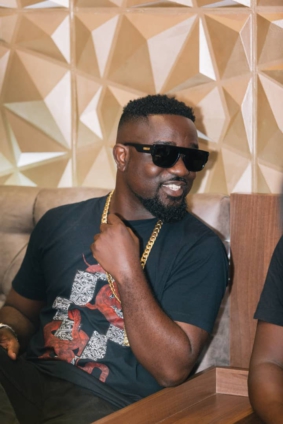 Award-winning rapper Sarkodie has urged up and coming artists in the music industry to follow their own paths by creating personal music styles.

Sarkodie, who over the years has helped underground artists to develop said, this is important for recognition and growth in the industry.

Speaking to JoyNews’ Doreen Avio, the father of two urged the younger generation to believe in their talent and goals.

“Young Artistes should create their own paths. I keep telling them the industry will know when things work out but normally, you can create your own paths and it is the best way. So they should work on what they believe,” he stressed.

The rap-god who was in Tema to listen to the Remedy EP of musician Nanky, used the opportunity to encourage the artiste.

According to him, he was impressed with the talent and potential demonstrated by Nanky.

“I love it. I love every bit of it. I listened to the first song I did with him but I was blown away with this one. I love it.”

“Nanky should be true to himself and not try to follow everything,” he urged.

The Remedy EP brought together personalities from all walks of life including the President of the Creative Arts Council Mark Okraku Mantey.

Nanky had support from other colleagues in the music industry including R2bees, Kill Beatz, D-Cryme, Criss Waddle and others.

Nanky is signed on to Sultan Incorporation and has so far released a song with rapper Sarkodie titled ‘Favor’.

He also has about 6 songs on his Remedy EP.

DISCLAIMER: The Views, Comments, Opinions, Contributions and Statements made by Readers and Contributors on this platform do not necessarily represent the views or policy of Multimedia Group Limited.
Tags:
Sarkodie