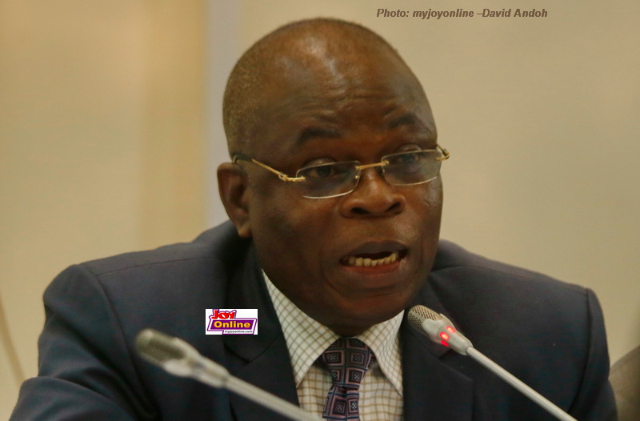 Chairman of Public Accounts Committee of Parliament, James Klutse Avedzi, is calling for sanctions against Finance Ministry officials who supervised a contract awarded to assets recovery agency, Kroll Associates for no work done.

A 2018 Auditor-General’s report revealed, the government paid $1million to Kroll Associates for non-performance.

The report further showed that although the contract was signed in 2017, some payments made by the Finance Ministry predated the award of the contract.

Mr. Avedzi is pushing for the contractor to refund the money with interest.

“If this Kroll Associates has been awarded the contract to perform certain functions, have they performed the duty? Has that work been certified before payment was made?

“If answers to these questions are all no, it means there is something wrong somewhere and the officers who are involved must be sanctioned. The contract must be abrogated and the company refunds the money,” James Klutse Avedzi said on Joy News’ Tuesday.

In 2017, the Ministry of Finance procured the services of Kroll Associates.

The company was to recover assets from identified wrongdoers; investigate allegations of wrongdoing; provide evidence for assets recoveries; build capacity for the transfer of skills; advice on preventative techniques and structures to prevent and detect future corruption.

However, the Auditor-General department in its review of the contract noted that though there was no evidence of work done, the Ministry in 2018 paid an amount of US$1million (the equivalent of GH¢4,890,000) to the company.

Further review showed inconsistencies in some of the documentation. It noted for instance that though the contract was signed in September 2017, some of the invoices attached to the payment vouchers predated the award of the contract.

The finance ministry’s response to this observation stated that they would make the records available to the Auditor General later.

The Auditor-General’s department advised that the contract should be abrogated and any monies paid to the company recovered immediately.

DISCLAIMER: The Views, Comments, Opinions, Contributions and Statements made by Readers and Contributors on this platform do not necessarily represent the views or policy of Multimedia Group Limited.
Tags:
James Klutse Avedzi
Ken Ofori Atta
Kroll Associates
PAC