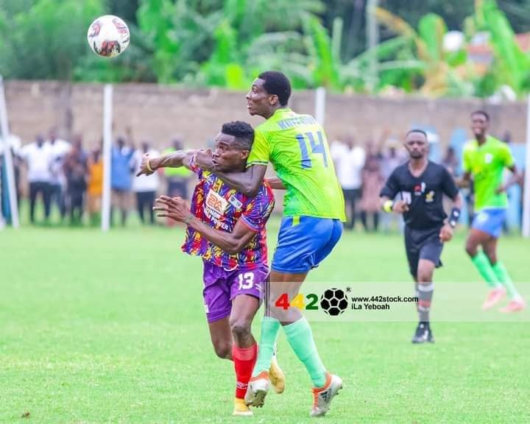 It’s the last game of the season. It’s the game that will decide who ends the season with a trophy or not. Hearts of Oak battle Bechem United in the final of the 2022 MTN FA Cup final.

The game is scheduled to take place at the Baba Yara Stadium on Sunday, June 26.

Hearts of Oak will look to end a disappointing 2021/22 campaign on a high note by defending the title they won last season under Samuel Boadu while Bechem United, who finished third in the Ghana Premier League, are also hoping to end the season with a silverware.

Both sets of teams had some players playing a major role en route to booking a place in the final.

In this article, we take a look at some key players who could decide the fate of the game in Kumasi on Sunday.

The former Asante Kotoko forward scored in all but one of Bechem’s games in the knockout stages. Okrah found the back of the five times in five games, including a brace against Tamale City in the quarterfinal stage. With the impressive season he has had in the league too, the forward will be one of the players to look out for.

Not too many players make a mid-season move and keep the same tempo as they were used to playing at their former clubs. However, the case is quite different for Emmanuel Owusu, who joined the Hunters from Tema Youth in the middle of the season. The youngster has been a good addition to Kassim Mingle’s side and looks certain to play a part in the game against Hearts. In his six starts for the club in the league, Owusu found the back of the net in the game against Phobians at the Nana Fosu Gyeabour Park.

Definitely not the kind of season he expected but Daniel Afriyie-Barnie still made his qualities evident in what was a poor show for Hearts in the league. With eight goals to his name in the league this season, the forward should be a threat to the Bechem defence on Sunday. Barnie has also played a key part in the Phobians making it to the last two.

Mo Alhassan played in all but four of Hearts’ games in the league this term. The centre-back could be pivotal if the Accra-based side is to retain their FA Cup title. Alhassan’s presence will be needed at the back to ensure safety while keeping the attackers of Bechem at bay. However, the defender will need to improve his performance from the last five games of the season to contribute to his side claiming victory over the Hunters.

The Bechem goalkeeper ended the 2021/22 Premier League season as the keeper with the most cleansheets. The shot-stopper managed 18 cleansheets from 31 games while conceding 18 goals. Though he has not been in post for the majority of the club’s games in the FA Cup, Mingles is expected to start him against Hearst at the Baba Yara Stadium. Abdulai’s communication with his defenders makes him one of the best goalkeepers on the domestic scene and could be a deciding factor in the final.