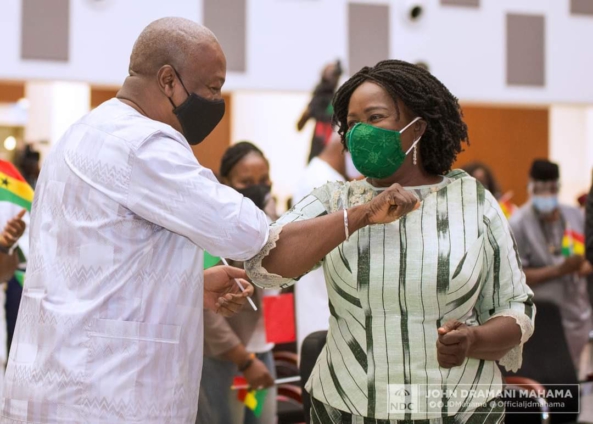 Managing Editor of the Daily Dispatch, Ben Ephson, has given a condition under which former President John Mahama can secure victory in the 2024 elections.

According to the renowned pollster, Mr. Mahama should not be optimistic about winning the next polls should he maintain his 2020 running mate, Prof Naana Jane Opoku-Agyemang.

Mr Ephson believes that the former President needs to repackage himself to win power for the opposition National Democratic Congress (NDC) in 2024.

“Mahama would have to repackage himself because a Mahama with the same running mate is going to be difficult [to win 2024 general elections]. He may have to form an alliance or perhaps, pick one of the [NDC presidential contenders] as his running mate.

“Because where Mahama is, he has the advantage of being marketed already. And Mahama with all his body language looks like he is retaining his running mate for 2020 [general elections]. If he does, I think he should forget 2024.”

Meanwhile, the Economic Intelligence Unit (EIU) has projected that the NDC will win the next election but “with a fresh candidate”.

“Our baseline forecast is that ongoing public dissatisfaction with the slow pace of improvements in governance – such as infrastructure development, job creation and easing of corruption – will trigger anti-incumbency factors and push the electorate to seek a change. The NDC, therefore, stands a reasonable chance of winning the 2024 elections,” parts of the EIU document read.

Following the publication of the five-year forecast document, many NDC politicians have rejected the said portions of the document.

Although they agree with the NDC winning in 2024, they refuse to accept the condition that comes with it.