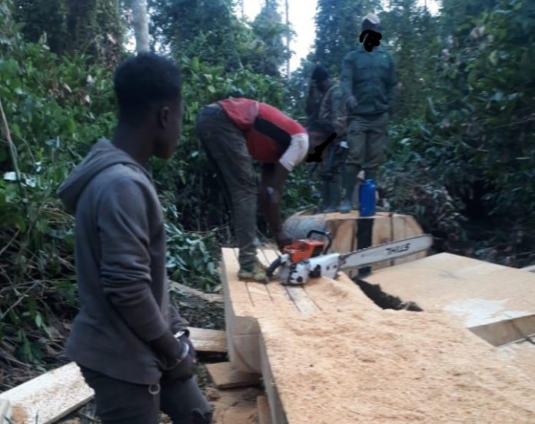 Fourteen chainsaw operators have been arrested in two separate swoops for operating illegally in the Western North Region forest reserves.

Ten others were arrested in the first swoop at Juaboso-Bia Adabokrom forest after the district manager, Mark Aidoo Gyamfi, and his team had a tip-off.

The gang was nabbed at midnight after they had invaded the forest and had processed their machines, ready for operations.

They faced the Debiso Magistrate court where they were remanded. The suspects are set to reappear on February 9.

In a related development, the Military team of Juaboso-Bia forest has arrested four illegal chainsaw operators in the Krokosue hill reserve.

The four suspects were arrested by the forest guards and a team of military men after an excruciating trial of the suspects who were operating in the forest.

In a swoop, two chainsaw machines, two gallons of petrol, tramadol tablets, mobiles phones, wrapped substances suspected to be marijuana, and others were retrieved from them.

They have been, however, handed over to the Western north regional police command for further investigations and prosecution.