7 signs to know your crush is attracted to you too 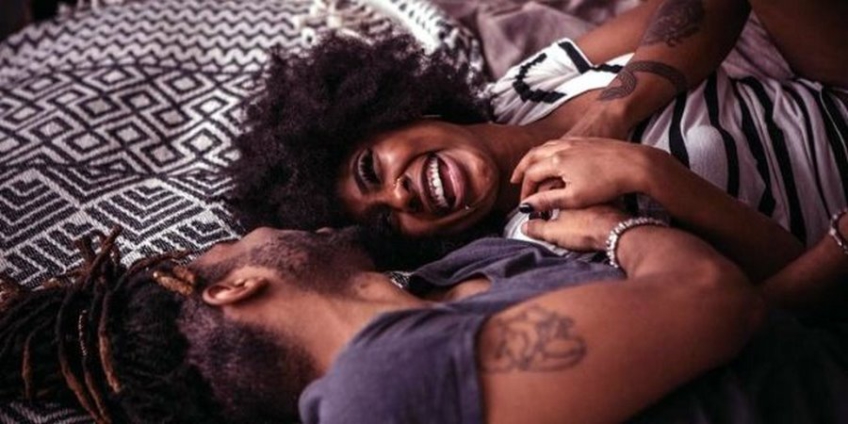 Have you ever found yourself zoning out while staring at your crush, lost in your daydream of a scenario where you’d both be drinking one milkshake with two straws, and then quickly acting like you were looking elsewhere when they caught you?

Developing feelings for someone can be an exciting and nervy affair. Part of the fun (read: anxiety) is when you’re trying to figure out if the feelings are mutual. So, when you feel attracted to someone, do they feel it too? How can you tell?

No, the answer doesn’t lie in how their heart reacts to every message you send them or how they respond to your stories (although they are definitely positive signs). Intense attraction signs will often be a lot less ambiguous.

When you feel a connection with someone, do they feel it too? If you know what signs to look for, you can figure out in no time if they feel the same way or if they’d prefer a night of Netflix and ice cream over you.

When You Feel Attracted To Someone, Do They Feel It Too?

It could be that person you met through a dating app, a friend you’ve known for a while or someone who you were introduced to at a social gathering.

Feeling magnetically drawn to someone will leave you daydreaming about going on dates with this person, trying to be their personal stand-up comedian just to make them laugh, composing cute texts in your head to send them. Here’s a tip though: don’t overthink your comedy routine yet. It’ll be of no use when you end up nervously babbling about your hobbies on your first date.

But to make sure there is a first, second and third date (fingers crossed!), you need to be able to tell if they fancy you as much as you fancy them. So, when you feel attracted to someone, do they feel it too? Or could it just be all in your head?

Let’s get into the 7 surefire signs that tell us the feelings are mutual and the multiple date scenarios you’ve made up in your head might one day become a reality:

One of the biggest intense attraction signs is when the conversations you two have with each other don’t feel like interrogations and are naturally fun. Even if you’re texting, you won’t have to overthink every reply, trying to find the optimum balance between witty and charming. You won’t be thinking about things like how to keep a conversation going.

You’ll say things that come to your mind, you won’t be too worried about if what you’re saying is lame or not, and you won’t be memorizing topics of conversation before you go see this person.

To try and assess if this happens to you, take note of the next phone/face-to-face conversation you have with this person. Compare that to when you weren’t attracted to them or when you had just met them. You’ll notice there’s a significant change in the way you two talk to each other.

What happens when you feel attracted to someone? You’d like to get to know everything about this person, right? Their likes and dislikes, their hobbies, their favorite haunts, the way their voice breaks when they get excited.

Similarly, you’ll see a noticeable interest from the other person in getting to know you as well. Your conversations won’t just be centered around them, but they’ll ask you questions about yourself and you’ll feel more than comfortable in sharing details about yourself (please don’t share your Netflix password, you’re not there yet!

Feeling magnetically drawn to someone inclines you towards getting to know the person better. If you’re trying to answer the question “When you feel attracted to someone, do they feel it too?”, take note of how interested they are in getting to know you.

3. You’re both happy in each other’s company

If you have a gut feeling someone is attracted to you, you’ll be certain of it if you see it translated on their face. Think of your professional meetings and conversations with clients/colleagues. In those conversations, there’s no denying that most of you wish for it to end as soon as possible, right? That’s pretty much what all of us are thinking the minute we press “mute” on the zoom call.

But when you’re conversing with someone you like, you’ll notice a sudden lift in your mood and in their mood as well. Without doing anything together, you’ll end up having a better time than you do with most other people.

If their smiles have got you thinking you’re the funniest person on earth, you need to know that you currently have an easy-to-please crowd, because they’re already gaga over you.

Nothing on this list answers the question “When you feel attracted to someone, do they feel it too?” better than noticing their body language. The next time you’re with this person, pay attention to their body language. You’ll get way more information than you ever thought possible, without even listening to what they’re saying (make sure you do notice what they’re saying though, you don’t want them to feel like they’re talking to themselves).

Think about this – what do you feel when you’re attracted to someone? You feel happy with them, you long for them, and you want to make a great impression when you’re with them, right? If they feel the same, it’ll be obvious through how they conduct themselves.

Look out for signs like blushing cheeks, an inviting stance (un-crossed arms and legs, eye contact, standing close to each other) and things like dilated pupils. You might end up creepily staring into their eyes for that last one, but the others will be pretty easy to spot.

If you’re a few weeks/months into your crush and have a gut feeling someone is attracted to you, you may notice mild hints of sexual tension. A lingering gaze, a flirtatious remark, or physical contact are all signs of mutual attraction.

Early in your crush, chances are there won’t be many glaring signs of sexual tension. Sometimes they take a while to develop. It all depends on how comfortable you are with each other and what scenario you see each other in.

If you’re both colleagues, we hope for the sake of your jobs that you’ve kept a lid on the flirting and the physical contact while at work.

6. You copy each other

This sign might be harder for you to catch, simply because you’re so lost in this person’s eyes (aww!) but it’ll be clear as day for the people around you. You’ll both start talking similarly, you’ll move your hands the same way, you’ll copy each other’s tones, you’ll start liking the same things.

The high-pitched tone this person talks in when they’re excited/laughing might have been adopted by you weeks ago, unbeknownst to you. The way you roll your eyes when you hear something lame isn’t uniquely yours anymore, it’s something this person has adopted as well.

If you’re copying each other’s nuances like so, you don’t even need to ask “when you feel attracted to someone, do they feel it too?” And yes, get ready for a lot of teasing and good-natured ribbing from friends who have picked up on these signs.

7. You can just feel something brewing

The best way to know when someone is just as into you as you are to them is when you have a gut feeling that someone is attracted to you. You might even be lying to yourself by ignoring the signs of interest, but deep down, you’ll know if they like you or not.

Are they indifferent? Or does their face light up when they see you? Chances are, you know the answer already. You might even be reading this article since you’re too scared to ask them out. If you’re convinced there are signs of mutual attraction, just go for it!

With the signs, we listed out for you, we hope you can now comfortably answer the question,  “When you feel attracted to someone, do they feel it too?” If, unfortunately, the signs aren’t there, well, at least now you know better than to let infatuation take hold of you and drift off into a land of daydreaming.

On the other hand, if the signs all seem positive, congratulations, you’ve just found yourself, someone, to share a day-old Chinese takeaway with in the future.