About 98 percent of fire outbreaks are preventable – GNFS - MyJoyOnline.com

About 98 percent of fire outbreaks are preventable – GNFS 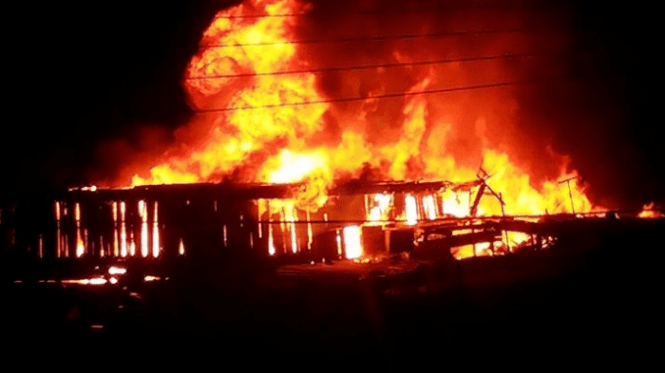 The Ghana National Fire Service (GNFS) has said that about 98 percent of fire outbreaks in the country could have been prevented since they were due to human negligence.

Speaking in an interview with the Ghana News Agency (GNA), the Municipal Fire Commander for Bibiani-Anhwiaso-Bekwai, Joseph Amihere noted that the majority of domestic fires were caused by overloaded multi-sockets, gas cylinder leakages among other human-induced causes which could have easily been prevented.

Mr. Amihere admonished Ghanaians to be extra careful with their gas cylinder connections and the use of electrical appliances during the Christmas festivities.

“We should not overload our multi-sockets; we always have to make sure we unplug pressing irons before attending to phone calls. These little things will prevent fires in our homes,” he noted.

The Municipal Fire Commander expressed worry about the continuous increase in domestic fires and encouraged Ghanaians to be more safety-conscious by taking precautionary measures to prevent fire outbreaks.

He said the GNFS would continue to monitor the various markets at night to make sure everything was in order and undertake house-to-house education on fire outbreaks and how to avoid.

This according to him will ensure an incident-free Christmas.

Mr. Amihere further advised farmers who normally go to the farm at dawn to clad themselves in multi-colored attires to avoid being knockdown by vehicles.