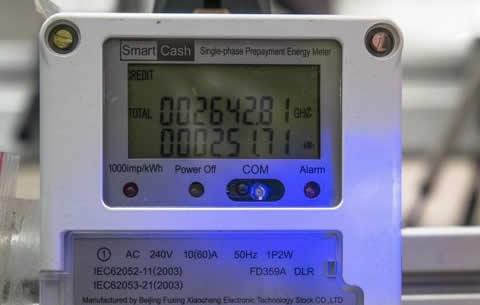 The Agbogbloshie Cold Store Operators and Corn Millers Association has appealed to the government to withdraw the Electricity Company of Ghana newly-installed meters as they are collapsing their businesses.

At a News Conference in Accra, Mr Moses Deh, the General Secretary of the Association said many people would lose their jobs, if the meters were not withdrawn immediately.

He said sometime last year, the ECG changed all the meters for new ones without their knowledge.

Mr Deh said the newly installed meters run faster than the previous ones and that was crippling their businesses.

He said some of the companies that previously spent less GH¢ 2,000 now spent about GH¢ 8,000 weekly, a situation that he said could lead to down-sizing their staff.

The General Secretary said they had written so many letters to the ECG to that effect without any response adding that 60 days after the installation of the ‘Killer’ meters, 23 workers of some of their companies had been laid off.

He said during the ‘Dumsor’ era the association suffered most, as some businesses collapsed with the surviving ones now suffocating from the speeding ECG meters.

‘We are appealing to the President to intervene on our behalf to enable us to stay in business or losing more workers in the coming days,” Mr Deh added.