Akuffo Dampare vindicates my decision to appoint him IGP – Akufo-Addo 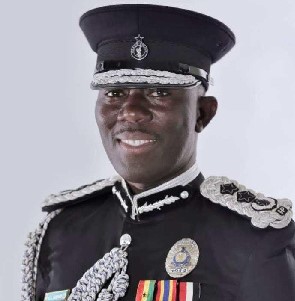 According to him, the recent actions taken by the police administration to tackle security challenges in the country is commendable and has received the support of many Ghanaians.

President Akufo-Addo said this at the 50th Cadet Officers’ Graduation Ceremony held at the National Police Training School in Accra.

“I cannot end without reiterating the support of government and I for the recent action taken by the Acting IGP George Akuffo Dampare which are eliciting strong backing from the population. He has so far vindicated my decision to repose trust in him to hold this high office.

“I am confident, once the necessary processes are completed, which I’m sure will be soon; he will become our nation’s 23rd Inspector General of Police,” he said.

Many security experts have commended COP Dr George Akuffo Dampare whom they have described as a man on a mission to restore confidence in the Ghana Police Service.

The Service under his leadership has in recent times received wide commendations and goodwill from security analysts and many Ghanaians.

The Police Administration has largely been very responsive to the security needs with strategic operations in ridding society of criminals.

Also, politically exposed persons, regarded as ‘untouchable’ were dealt with according to the laws.

The ‘police are our friend’ mantra has been given considerable mileage with constant social media updates on arrests and security alerts.

President Akufo-Addo appointed COP Dr George Akuffo Dampare as Ag. IGP effective from August 1, 2021, to replace James Oppong-Boanuh who was due for retirement.

Until his appointment, he was the Director General in charge of Administration at the Service.

COP Dr Dampare is expected to be confirmed Ghana’s 23rd IGP, once the necessary validation processes are completed.